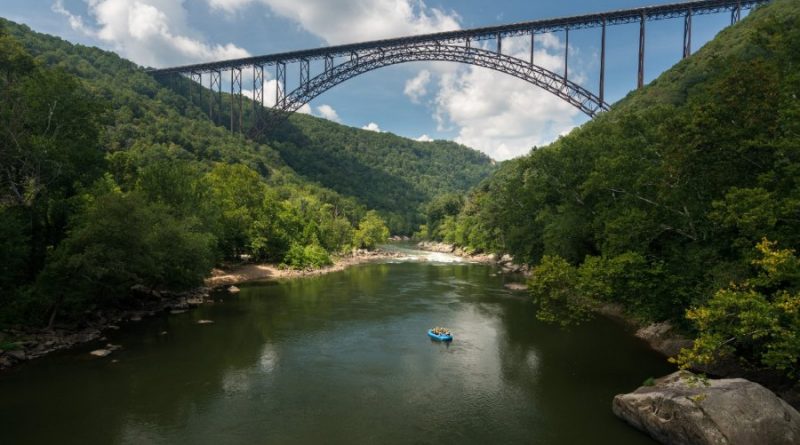 In late 2020, Congress approved converting 7,021 acres in the middle of the 73,000-acre New River Gorge Preserve into a National Park, with the stimulus package improving facilities to support an estimated 20 percent increase in tourism. The funding also supports the purchase of 100 acres from local landowners for trail access and improved parking. The remaining 65,000 acres in the Preserve are designated for backcountry hunting.

Located in the southeastern corner of West Virginia in the Appalachian Mountains, the park is within a five-hour drive to major cities: Charlotte, NC; Louisville, KY; Columbus, Ohio; and Washington, D.C.

“In 2020, we had an explosion of visitation here,” says Kenny Parker, owner and operator of the specialty climbing shop and guide service Waterstone Outdoors in Fayetteville, West Virginia. “Getting National Park status will add more fuel to the fire.”

Gallery: The 35 Most Beautiful Places in America (Prevention)

In 1978, the Department of the Interior designated the New River Gorge a national river. Quickly, whitewater rafting put the New on the map. Climbing soon followed in the 1980s. Climbing is what brought Parker to the area where he’s authored hundreds of first ascents. Due to the vast size of the park and never-ending cliffsides, he compares it to Yosemite Valley in grandeur. “In the early days, no one knew climbing was going on here,” he says. “Today, climbing is the largest user group.”

Parker credits the popularity of the climbing at the New with a spillover of the many climbing gyms popping up in surrounding states. Though, with few beginner routes in the Gorge, he says the New is best suited for moderate to expert climbers. “The rock is consistently good and it’s as hard as granite. And it’s as diverse as it gets: steep faces, slabs, super overhanging, roofs, cracks of every width.”

“I think it’s the best cragging (single-pitch routes) in the country that I’ve been to,” says local climber Matt Childers. “I love Fayetteville and it’s near and dear to my heart. I think these changes are a great thing that will be good for the economy.”

April through June, and October through December is best for rock climbing. Winter months and early spring bring heavy rain, and summers are too hot, but then it’s perfect for whitewater rafting and mountain biking.

Rafting, BASE jumping, and mountain biking

Seven rafting outfitters operate in the New, including the largest, Adventures on the Gorge, which also offers a restaurant, cabins, zip lines, guided whitewater rafting, climbing/rappelling, and fishing.

West Virginia’s largest festival is the annual BASE-jumping event Bridge Day, which takes place on the third Saturday in October. In 2019 (pre-COVID), it attracted 100,000 visitors. That year, 300 jumpers leaped 876 feet from the New River Gorge Bridge in Fayetteville. That is in addition to the 900 adventurers who rappelled to the ground. Others chose zip-lining from the steel span, riding the line 700 feet down from the bridge catwalk to Fayette Station Road.

Mountain biking in the New includes the 12.8-mile Arrowhead Trails, a stacked looped system built by 1,000 Boy Scouts in 2011. Their effort included 78,544 volunteer hours. According to NPS.gov, the effort was “one of the largest youth service projects in National Park Service history.”

Summer Travel Gets its Own App in Europe

The huge Covid-test price differences at airports around the world

Ultimate guide to searching award availability for the major airlines
We and our partners use cookies on this site to improve our service, perform analytics, personalize advertising, measure advertising performance, and remember website preferences.Ok