Home » Travel » POLL: Should Brexit be blamed for travel chaos? 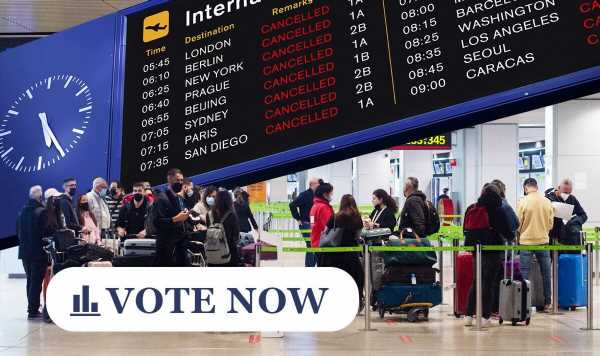 Thousands of UK holidaymakers have had flights cancelled in recent weeks, with some airlines claiming the delays are, at least in part, an impact of Brexit. Major airlines including British Airways, TUI, EasyJet and Wizz Air have cancelled flights and both the Department for Transport and the Civil Aviation Authority have now warned airlines to cut their summer schedules.

In a joint letter, they wrote: “Cancellations at the earliest possibility to deliver a more robust schedule are better for consumers than late on-the-day cancellations.”

They added: “Our expectation is that you and all those involved in delivering aviation services will take all possible steps to prepare for and manage passenger demand that helps to avoid the unacceptable scenes we have recently witnessed.

“It is important that each airline reviews afresh its plans for the remainder of the summer season until the end of September to develop a schedule that is deliverable.”

Some airlines have said that staffing issues are responsible for the disruption and cancelled flights.

Thousands of employees left the travel industry or were made redundant during the pandemic as the sector was forced to shut down.

This meant the industry has struggled to recruit staff and fill vacancies as demand for flights has increased.

Chief executive of markets and airlines for TUI David Burling, said: “The shutdown in the aviation industry was more dramatic than in other countries in Europe. We obviously had Brexit.”

Mayor of London Sadiq Khan has attributed the travel chaos as “self-inflicted from the Government” and as a result of “Brexit plus Covid”, as reported by the Independent earlier this month.

He also told BBC One’s Sunday Morning that the Government should relax immigration rules to allow EU workers to fill gaps in the travel industry.

Mr Khan said that the Government could “very easily” make sure those people “are encouraged to come back” to the jobs they were in before.

However, Transport Secretary Grant Shapps has denied that aviation staff shortages were caused by Brexit and instead highlighted that cuts made during the pandemic were “too deep”.

Aviation Minister Robert Courts said that the lack of workforce in the industry was a global problem, affecting the US and Europe as well as the UK.

He told the Business, Energy and Industrial Strategy Committee on Tuesday, June 14, “there have been similar problems in Dublin, in France and in the US.”

Mr Courts said that the disruption was caused by the sector being forced to reopen after two years of the pandemic.

Mr Courts added: “If there were aviation workers spare on the continent of Europe, you’d expect them to be [working] at Amsterdam’s Schiphol Airport and solve the [hub’s disruption] issues but that isn’t happening.”

Civil Aviation Authority’s (CAA) chief executive Richard Moriarty also argued that, while the situation was unacceptable, the UK was not the only country facing such challenges.

He said: “If we look at comparable countries, their cancellation rates over the same period were equally higher.”

So what do YOU think? Should Brexit be blamed for travel chaos? Vote in our poll and leave your thoughts in the comment section below. 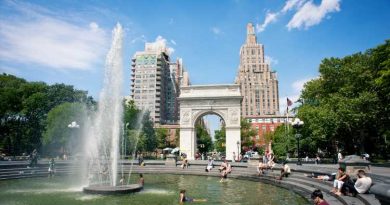 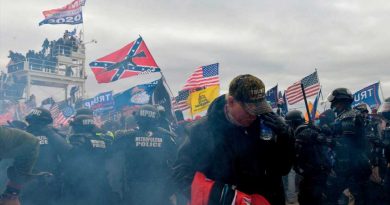 American Airlines is banning alcohol on flights to and from Washington, DC, as the aviation industry ramps up safety measures following the Capitol riots