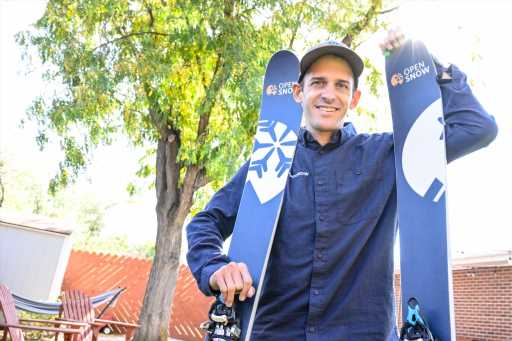 When Joel Gratz posts a weather forecast on the OpenSnow website, skiers and snowboarders can be sure he did everything in his power to make it as reliable as possible. That’s because Gratz, a Boulder resident who skis 60-75 days annually, relies on those forecasts as well.

Gratz is a powder hunter and weather geek who started out using his meteorology degree to decide where and when to ski. Fifteen years later, OpenSnow is the go-to mountain weather site for Colorado winter sports enthusiasts — and even ski resort officials.

“I’m an only child, which means I’m a little bit selfish,” Gratz said. “I don’t know that I’d be able to work as hard on something if I didn’t have some skin in the game, if I wasn’t doing it for selfish reasons. I am thrilled there are other people who enjoy this, but first and foremost, this was me and my friends trying to have an amazing time chasing fleeting conditions, perishable conditions.”

He has assembled a team of fellow meteorologists to provide forecasts and snow reports for other areas around the country. Soon OpenSnow will add reports for European resorts.

Although he declined to give specific figures on the traffic that his site and phone app generate, he did say they reach three million users annually. OpenSnow has several free features as well as a subscription option with additional information that costs $29.99 annually.

“I’m a big fan,” said Arapahoe Basin chief operating officer Alan Henceroth. “I use it many times every day. He gives really good forecasts and he’s updating them constantly. I use it to find out what may happen at Arapahoe Basin, but I keep my eye on the rest of the country with it, too.”

New for this ski season, paid subscribers can tap anywhere on a map to get detailed forecasts, recent snow totals and current conditions for that location. Called Forecast Anywhere, that feature is sure to be a boon for backcountry skiers, snowshoers and summer hikers.

Gratz, 41, says he became “addicted to weather” at age 4 when his parents took him skiing for the first time. He grew up in Philadelphia and became a passionate skier despite the limited terrain and harsh conditions of East Coast skiing that often featured rain, freezing rain and sleet.

His home mountain was Shawnee Mountain, a small area in the Poconos with a 700-foot vertical drop. Occasionally the family would visit Mount Snow in Vermont, a 300-mile trip. Once he skied Smuggler’s Notch, another Vermont ski area, when the wind-chill temperature was minus-60.

Gratz got his meteorology degree at Penn State and moved to Colorado in 2003 for grad school.

“I did not understand that powder was a thing until I skied out west,” Gratz said. “Then a friend’s uncle introduced me to powder, which I skied horrifically the first time, because an East Coast skier has no idea how to do it the first time. I became pretty enthralled, because it was super fun and it was a big game of, where could you find the best powder?”

He began using his meteorology education to plan ski trips. Soon friends were texting him asking the same questions. He wrote his first email forecast in December 2007 and launched OpenSnow on Nov. 1, 2011. It’s been a full-time business for him since 2010.

Like TV meteorologists, Gratz relies on immensely complicated computer models disseminated by government websites around the world to make his forecasts. Data for those models come from satellites, weather stations on the ground, aircraft, weather balloons and radars.

Most of those models were developed by national governments — the oft-cited European model, for example — because they are so expensive to create and operate.

“You need big supercomputers to run them,” Gratz said. “The models are really complex, and you need hundreds – sometimes thousands – of people to create them. It’s an incredible feat of engineering to collect all of this data from all over the world, in almost real time, put it into a model two to four times or more a day, and do it reliably. All that goes into the model, the model runs its math equations, and minutes to hours later, you get a bunch of data.”

Because the models often disagree, Gratz generally works up his forecasts after studying five to 10 of them. His long experience tracking mountain weather comes into play as well.

“If I had a favorite model, I’d take a lot less time forecasting because I would just look at that one,” Gratz said. “You need to look at all of the models and mix it up in your mind around, ‘What weather patterns have I seen before? Does this look reasonable? I know there are biases in the models.’ Then you write it.”

Forecasts are never perfect because there are too many variables.

An example is the path of Hurricane Ian last month. For a week it was clear that a major hurricane was heading toward the west coast of Florida, but the closer it got, the harder it was to predict where exactly it would make landfall. Two days before it came onshore near Fort Myers, it was forecast to strike the Tampa Bay area, more than 100 miles to the north.

“Just like you saw Ian wobble a little bit, the same thing can happen here for snow forecasting,” Gratz said. “You can know a storm is coming a week in advance, but where does that one band of heavy snow go that makes or breaks your powder day? Sometimes that’s really hard to know.”

Gratz doesn’t have statistics on the accuracy of his forecasts.

Gratz is no fan of long-range forecasts because they are too unreliable.

And, as was the case with the hurricane, forecasts get updated and fine-tuned as snowstorms draw close.

“You always take into account new information,” Gratz said. “If you look at Google Maps for traffic, you look again and it changes, you’d probably go in a different direction. The same thing happens with meteorology. And a lot of times, I’m still sweating bullets the night before, ‘Is this forecast going to work out?”

For forecasts outside of ski season there is a spinoff OpenSummit site with useful weather information for hikers and campers. An OpenSnow subscription covers both.

“I couldn’t be happier about how this has wound up,” Gratz said. “There were 10 to 15 years of absolute sleepless nights, crazy hard work, setbacks. When I wrote my first forecast, if somebody said, ‘In 15 years, where do you want to be?’ we’re right there.”

5 ways to get your hotel breakfast for free 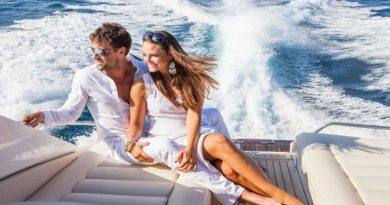