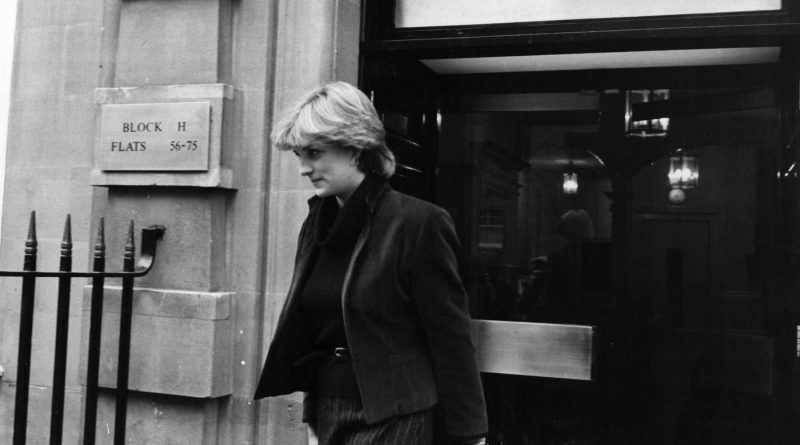 In early April, English Heritage, a charitable organization that looks after more than 400 historic buildings, monuments, and sites, announced it will be adding one of its famous blue plaques to the one-time home of Princess Diana.

As royal fans, and fans of The Crown, know, prior to becoming a royal, the then Diana Spencer shared a flat at Coleherne Court with several girlfriends including Carolyn Bartholomew, Virginia Pitman, and Ann Bolton. It was the last place she lived as a commoner.

“We are expecting our plaque to Diana, Princess of Wales to be very popular. She was an inspiration and cultural icon to many, raising awareness of issues including landmines and homelessness, and helping to destigmatize illnesses such as HIV, leprosy, and depression. It seems fitting that we should erect a plaque commemorating her work and influence in what would have been her 60th year,” Anna Eavis, English Heritage’s curatorial director, said in a statement.

Charles Spencer, Diana’s brother, celebrated the news on social media, writing on Twitter, “How very lovely that this blue plaque will be going up outside Coleherne Court – thank you, ⁦@EnglishHeritage, for commemorating such a very happy place for Diana in this way.”

How very lovely that this blue plaque will be going up outside Coleherne Court – thank you, ⁦@EnglishHeritage⁩, for commemorating such a very happy place for Diana in this way. pic.twitter.com/FiDk3ZtLpG

Beyond being particularly meaningful for royal fans, this plaque also comes as part of English Heritages’ campaign to honor more women. In fact, as Marie Claire noted, just 14% of the more than 900 plaques around the United Kingdom honor women.

Diana, Craft, Muir, Norton, Normanton, and Lonsdale will be honored as part of English Heritage’s “plaques for women” campaign, which aims to redress the dramatic gender imbalance in existing plaques. Over 900 plaques are in place around the U.K., but only 14 percent honor women.

That Summer: Finding myself in Sydney in 2006