Home » Travel » Some flight attendants say they're looking forward to travel bouncing back from pandemic lows, even as passenger violence surges 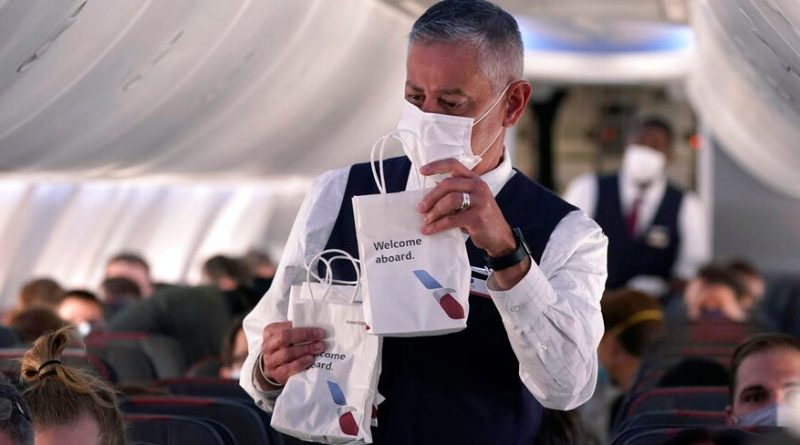 Sarah, a Georgia-based flight attendant for a major US carrier who said she worked throughout the COVID-19 pandemic, is ready for travel to rebound.

Recent data shows Americans are ready to see the outside of their homes after the Centers for Disease Control and Prevention greenlit travel for vaccinated people in April. A record 1.9 million people went through airport security ahead of Memorial Day weekend, up from the just 327,000 passengers screened the same time last year. Americans are taking advantage of dirt-cheap fares and already booking trips for Christmas.

Sarah said she enjoyed the decreased stress that came while working over the pandemic, servicing emptier planes when people felt less safe flying. She added boarding back-to-front and assisting fewer passengers with their luggage made her job more efficient.

But more than a year after the pandemic, Sarah, who, like many of the other flight attendants interviewed, requested to remain anonymous to speak without fear of retaliation, said she is excited for the perks of her job – like visiting new destinations during layovers – that got put on hold.

Got a tip? If you are a flight attendant and wish to share your experience, contact the author at [email protected]

Though the pandemic has changed how we fly, some flight attendants are ‘cautiously optimistic’ about travel’s return

A San Francisco-based flight attendant said the job lost some of its “glamour” during the pandemic, as crew members couldn’t visit beaches and other attractions due to quarantine mandates across many US states. The flight attendant recalled packing her lunch in mid-2020 for flights because airports had closed many restaurants.

“I just had back-to-back layovers in Hawaii and, you know, crew members are not exempt from quarantine,” the flight attendant said. “In the old days, I would have been laying out my bikini, so it’s definitely a little less glamorous now that’s for sure.”

The San Francisco-based flight attendant said the job had become lonelier during the pandemic because she and other crew members could not go out for happy hours due to COVID restrictions. Some protocols have left flight attendants feeling lonelier aboard planes, too.

Jenn Ayala, a flight attendant based in New Jersey, told Insider that she also feels like wearing masks had made communicating with passengers more difficult, and took a hit on the customer service part of the job.

Policing passengers over mask policies had made passengers more aggressive during the pandemic, flight attendants recently told Insider. The Federal Aviation Administration said it received 2,500 reports of unruly behavior by passengers since January 2021. About 1,900 of the reports deal with passengers who refused to comply with the federal facemask mandate.

Per the CDC, Americans – both vaccinated and unvaccinated – still must wear masks in airports and on transportation. But airlines like United and Delta are taking harder approaches to COVID-19 safety than other private firms by requiring new flight attendants get vaccinated.

Anthony Fauci said he predicts all airlines and cruise ships will require proof of COVID-19 vaccination before getting on board.

Sarah said she feels safe flying because she knows vaccines are safe and airlines continuously filter air in the cabin.

Though she said passengers who don’t want to wear masks have been “challenging” to deal with, Sarah said she’s seeing less nervous passengers and people boarding the plane wearing hazmat suits the last few weeks – a sign that Americans are thankful to be in the air after being “cooped up” at home.

“As of right now, I’m cautiously optimistic for the future of airline travel,” Sarah said. “I’m really proud of how US airlines have handled flying during the pandemic and keeping everyone safe.”

One Los Angeles-based flight said another benefit for the uptick in travel is decreased fear of furloughs and layoffs.

American and United began furloughing workers on September 30 after projecting the two would layoff a combined 32,000 workers. Globally, airlines may have cut nearly 5 million jobs if travel did not rebound after COVID-19, according to an analysis by the Air Transport Action Group.

But one year later, American, Delta, United, and Southwest all announced they will hire pilots and other positions before the end of 2021. The Association of Flight Attendants union expects the number of flight attendant jobs to climb from 80,000 in June to 100,000 by 2023, Insider’s Kate Duffy reported.

“The more flying we have, the better it is for both passengers and crew members,” the LA-based flight attendant said. “I hope everything stays and we don’t have any setbacks going forward.”

One Chicago-based flight attendant told Insider she got laid off for four months during the winter, and came back on board in March. She said the state of the industry had been in such a flux that she didn’t know whether to wait until she got called back or to find another job.

She said she’s ready for airline travel to go “back to normal,” and she’s happy to see flights full again.

“I really love my job,” the flight attendant said. “I didn’t realize how much I would miss interacting with people until I was furloughed and quarantined. The furlough made me appreciate my job more.”