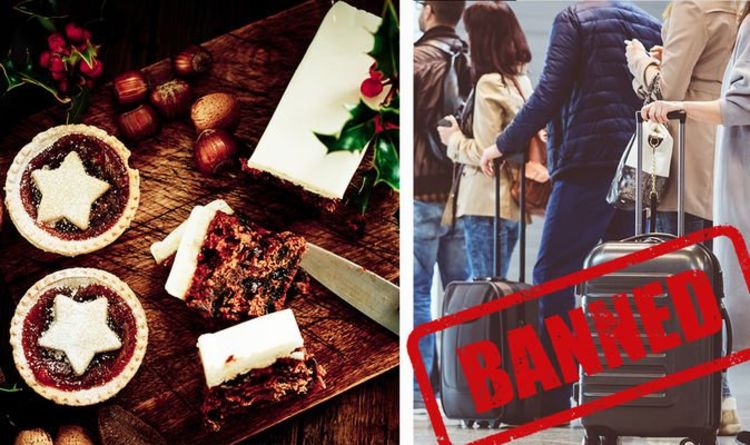 With the majority of British holidaymakers having not had a holiday for quite some time, many have booked or are considering taking a trip over the Christmas period. But with this being the first festive season since Brexit came into force, there are several items you are not allowed to pack in your suitcase if you are travelling between Spain and the UK.

Flying from Spain to the UK

For those returning to the UK from Spain, there aren’t too many rules.

If you are coming from Spain into the UK, you can bring the following products back with you and not have to worry about any restrictions:

• Bread, but not sandwiches filled with meat or dairy products

• Chocolate and confectionery, but not those made with unprocessed dairy ingredients

• Pasta and noodles, but not if mixed or filled with meat or meat products

• Processed and packaged plant products, such as packaged salads and frozen plant material

The rules for bringing meat, dairy, fish and animal products into the UK from Spain are pretty relaxed.

Meat, dairy, fish and animal products which are from the EU are allowed.

How much alcohol you can bring depends on the type of alcohol.

• Spirits and other liquors over 22 percent alcohol – four litres

• Sparkling wine, fortified wine (port, sherry etc) and other alcoholic drinks up to 22 percent alcohol (not including beer or still wine) – nine litres

Note, you can split your allowance, for example, you could bring 4.5 litres of fortified wine instead of nine litres, and two litres of spirits instead of four litres.

Anyone travelling from Spain to spend Christmas in Northern Ireland, there are different rules to abide by relating to food and animal products.

Flying from the UK into Spain

The rules on food and drink are tougher when entering the EU from the UK.

If you arrive in the EU from an non-EU country, you cannot bring any meat or diary products with you.

Popular items such as tea bags are allowed, as is Marmite because it is vegan, but Bovril, which contains beef stock, is not allowed.

The EU’s strict rules mean that all imports of animal-derived products technically come under these rules, so boxes of chocolates are now banned because of the milk content.

Classic festive foods such as Christmas pudding and mince pies are also banned because they can contain suet.

You are, however, allowed to bring in small quantities of fruit and vegetables, as well as eggs, some egg products and honey.

For anyone travelling with children, powdered infant milk, infant food and specifically required medical foods are allowed up to two kilograms. This is also the case for pet food.

Travellers arriving in the EU from Britain can, according to the European Travel Retail Confederation (ETRC), bring the following quantities of alcohol with them:

• One litre of spirits

• Or two litres of sparkling or fortified wine.

The fascinating witchcraft history of Pendle Hill in Lancashire