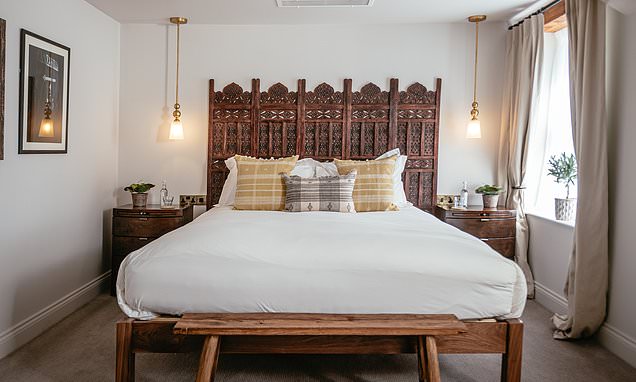 A slice of Spain… in the middle of Cardiff: The Inspector is impressed with a new hotel in the Welsh capital that transports him to sunnier climes

A Welsh friend said there are few decent places to stay in Cardiff, but had heard good things about the recently opened Parador 44, just off the city centre’s notorious pedestrianised street.

Even on a damp Tuesday night, it’s packed with revellers; there’s even a hen party.

‘You should see it at weekends,’ says the well-spoken hotel manager, as he shows me to a neat and tidy room on the top floor, with an attractive embroidered headboard and simple shower room. 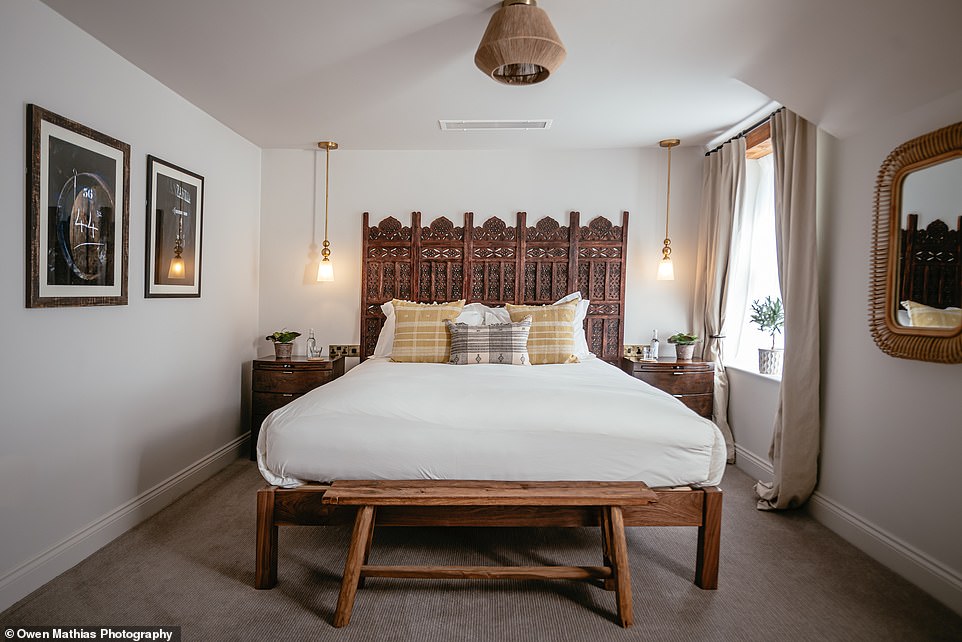 The Inspector calls at the recently opened Parador 44, an 11-bedroom boutique hotel in Cardiff city centre 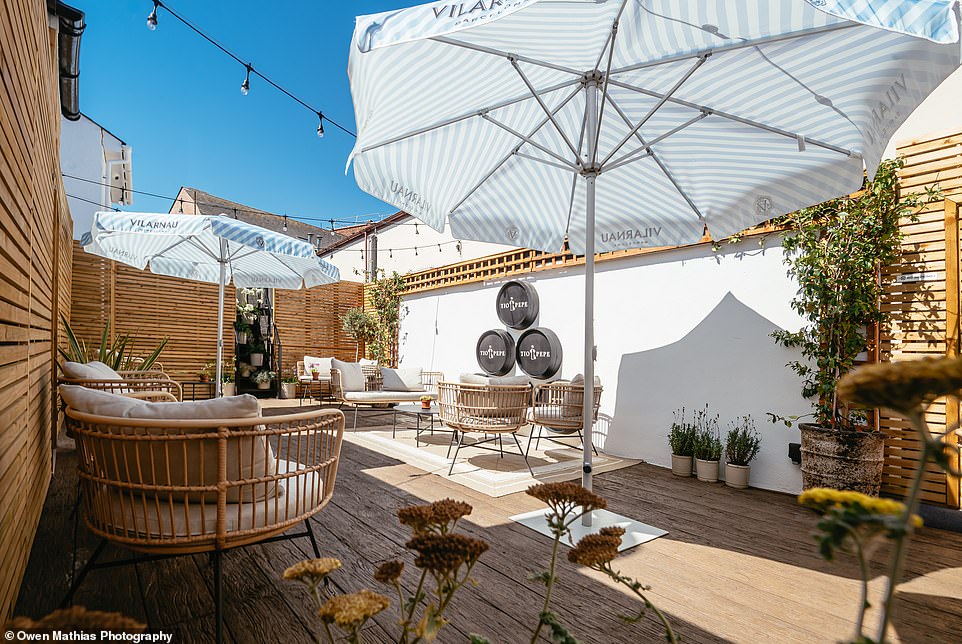 ‘It really does evoke a sense of northern Spain,’ the Inspector says. Above is the hotel’s outdoor terrace 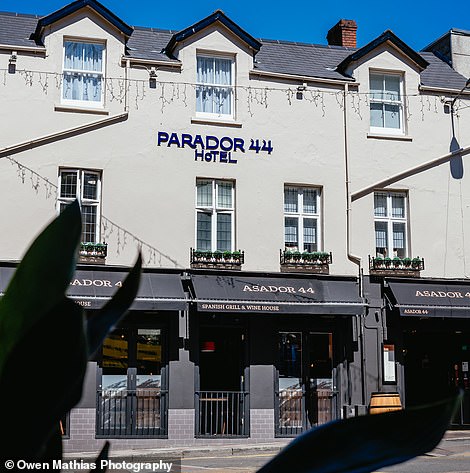 On the way, he points out the wonderfully-stocked honesty bar and guests’ living room. ‘Help yourself and just write down in the book what you’ve had,’ he says.

There’s something life-affirming about an honesty bar.

Parador 44 sits above the acclaimed Spanish restaurant, Asador 44, run by brothers Owen and Tom Morgan whose blend of Wales and Spain is proving a triumph.

They launched their first restaurant 20 years ago in nearby Cowbridge and have built up a loyal following throughout the principality.

Apparently, Oliver Cromwell stayed in this 11-bedroom building during the Civil War — but, thank goodness, there’s nothing puritanical about the place now.

It’s dark and moody with an open kitchen behind glass, on which various specials are written.

And despite what’s going on round the corner along the pedestrianised street, it really does evoke a sense of northern Spain.

The cooking is superb. I start with two glorious prawn croquettes with charcoal mayonnaise, then a generous slab of cured salmon, followed by Spanish pork shoulder, served rare. 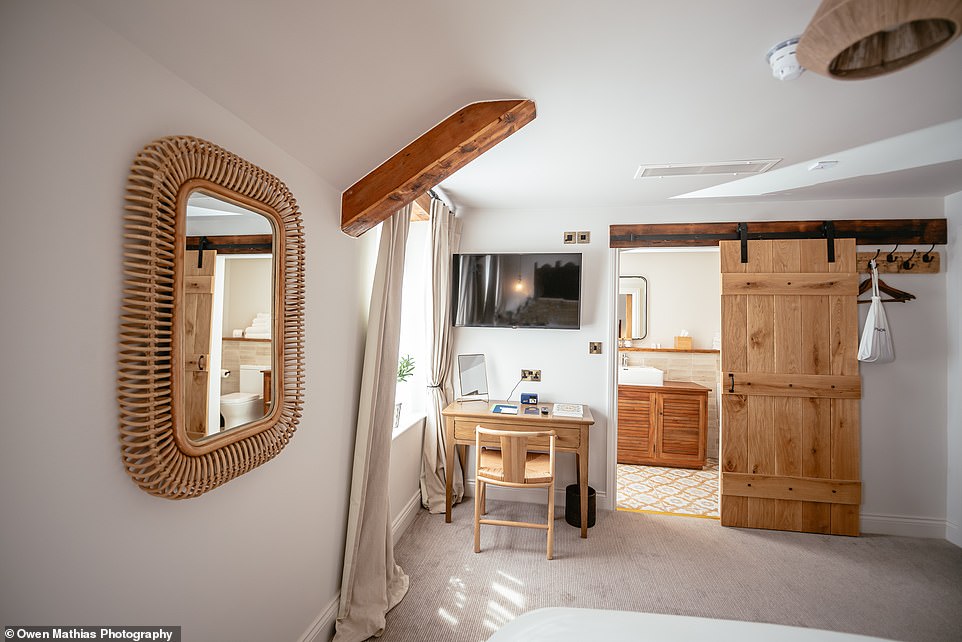 Apparently, Oliver Cromwell stayed in the building during the Civil War, the Inspector reveals. Above is one of the guest rooms 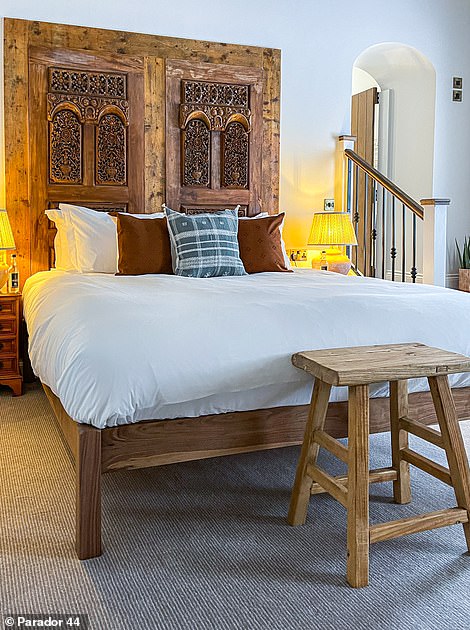 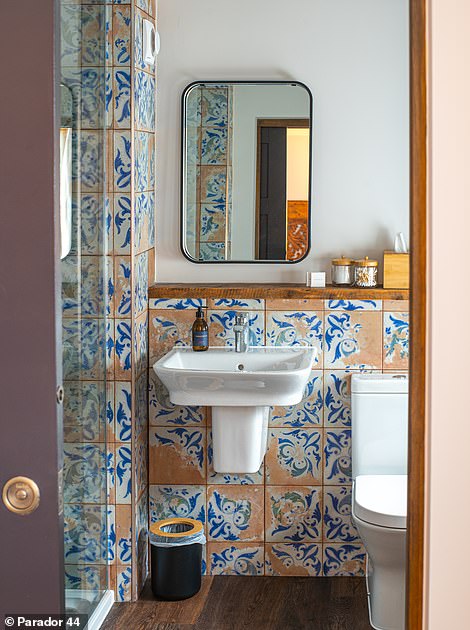 The Inspector describes the guest rooms as ‘unfussy’. Doubles are priced from £175 B&B 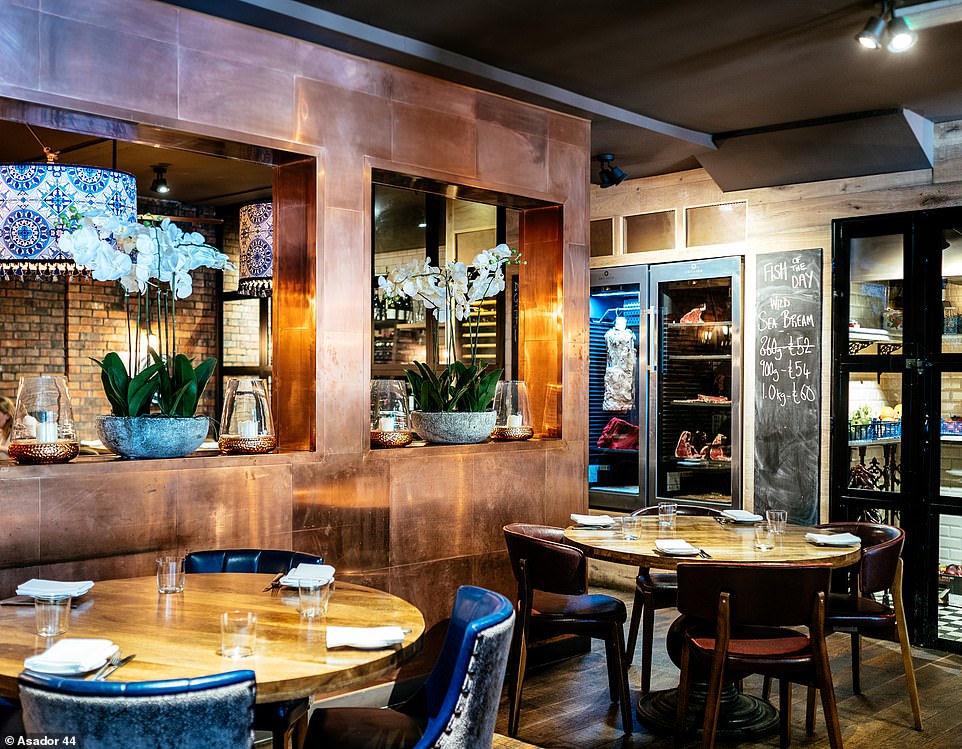 At Asador 44, pictured, the Inspector dines on two glorious prawn croquettes with charcoal mayonnaise, followed by a generous slab of cured salmon 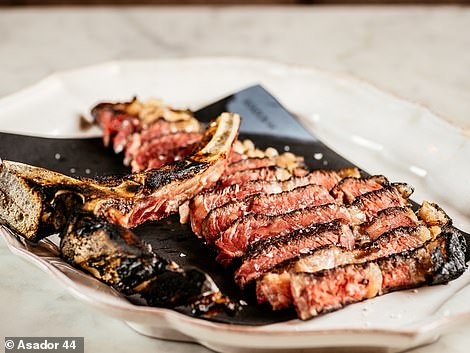 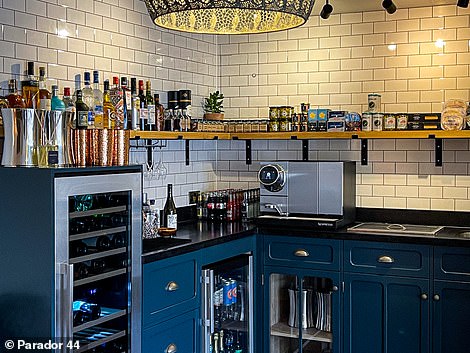 Pictured left is a serving of beef in the restaurant. ‘I like how the menu explains that the meat comes from ex-dairy cows,’ the Inspector says. Pictured right is the ‘wonderfully stocked’ honesty bar. ‘There’s something life-affirming about an honesty bar,’ says the Inspector

A couple on the next table are just finishing their feast and have spotted Owen and Tom’s recipe book on sale.

I like how the menu explains that the meat comes from ex-dairy cows, with a ‘higher fat content than a traditional steak and with age they lose some tenderness, but the flavour is rich and intense.’

This is grown-up food, cooked and served by grown ups in a professional, but convivial atmosphere, with unfussy rooms above it. A proper package.

You’ll have a treat.

Qantas’ ‘flights to nowhere’ tickets sell out in 10 minutes