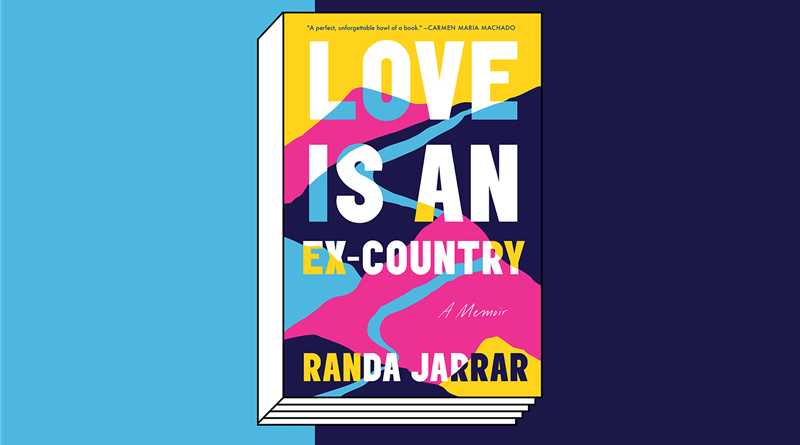 
Courtesy of Catapult Books The queer Muslim writer’s travelogue takes us on a series of crisscrossing trips starting in Fresno, California, in 2016.

But there’s a lot more that makes the book itself unruly, too. Much like the past four years, the concept of time is thrown out the window, with Jarrar bouncing from year to year with each new paragraph, at times. This nonlinear structure seems to do more justice to the narrative and the life of the person telling it: a part-Palestinian conceived in Kuwait and born into statelessness above a Wendy’s in Chicago, “home” is not a place she can point to on the globe, and her play with story structure reflects that. This is common for the many migration narratives of Black and/or Indigenous and other People of Color when writing travel, as the historically colonial genre usually casts us in the periphery of A-to-B accounts that begin in the West. However, I found nothing jarring about these constant time jumps—once the structure was introduced in the first few pages, I let Jarrar take the wheel.

© Photo by Wajiha Ibrahim
Author Randa Jarrar wrote the memoir during the four years of the Trump presidency.


Photo by Wajiha Ibrahim Author Randa Jarrar wrote the memoir during the four years of the Trump presidency.

It also makes sense that time is tricky in Ex-Country, since trauma is such a huge theme within it, with the author experiencing abuse in her family, in her romantic and sexual relationships, and from the state in the form of cops and border patrol agents (a particularly excruciating account of Ben Gurion Airport’s “Arab Room” near Tel Aviv, Israel, tore me to pieces). The long-lasting effects of that abuse are explored within the book in naked, if not gentle detail, by which I mean they felt less like gut-punches and more like an enduring emotional pain. (“I was not just a minor, I was minor,” she writes.) Macro- and microaggressions run the gamut, from being doxxed on Twitter over a viral tweet about Barbara Bush to a Trump voter on a street in Detroit assuring the author that she’s not like those other Muslims. “You guys are just like everyone else. Hardworking and kind,” they tell her.

Then there is the subject of size. The author’s weight spreads all across the book’s pages, marking each relationship and travel experience and interaction in general, as well as her identity itself. Adding on to her status as a religious, racial, sexual, and gender minority, size is just one more way we see that Jarrar’s body—and so many bodies like hers—is not welcome almost everywhere she goes. In a chapter dedicated to poetry, she recalls being openly mocked in Turkey when the skinny white women she is staying with leave her side. On being a “solo fat woman traveler in Istanbul,” Jarrar writes: “She shocks passersby and because they can’t cry, they laugh.”

While this book can be considered an “anti–road trip memoir,” I beg to differ. Just as she does with America itself, the author takes up space within this intensely narrow genre of travel writing—itself a reclamation. This American travelogue can’t be confined within its borders, especially when the narrator herself is more than American, and her experiences on the road recall memories from all over the world, from her mother’s Egypt to her father’s Palestine and Europe and Canada and Mexico. You might as well just throw the whole damn map away, because what is America, after all, but a mess of migrations shaped by geopolitics and chance? When you’re born stateless, every border is a wound; every step a journey, a trip. Love Is an Ex-Country is one worth taking.

Bani Amor is a gender/queer travel writer who explores the relationships between race, place, and power in places like CNN Travel, Fodor’s, and Teen Vogue, and in the anthology Outside the XY: Queer Black and Brown Masculinity. Follow them on Instagram at @baniamor and Twitter @bani_amor.

Inside the world’s biggest super-yachts that boast cinemas, helipads and spas