It is certainly not for the fainthearted, but daredevil tourists are risking life to climb vertical stairs just so they can swing over the edge of a mountain.

In spine-tingling video footage, one couple did just that, braving the sheer drop 2,820 feet up in the Koolau Mountains on the Hawaiian island of Oʻahu.

The bonkers Haiku Stairs – known as the Stairway to Heaven – has long been attracting thrill seekers looking to take in the breathtaking views.

But it comes at a cost – the near vertical stairs are actually illegal to climb with Hawaiian officials worried for the safety of tourists.

People have been banned from climbing the potentially-fatal 3,922 steps for the past 30 years. 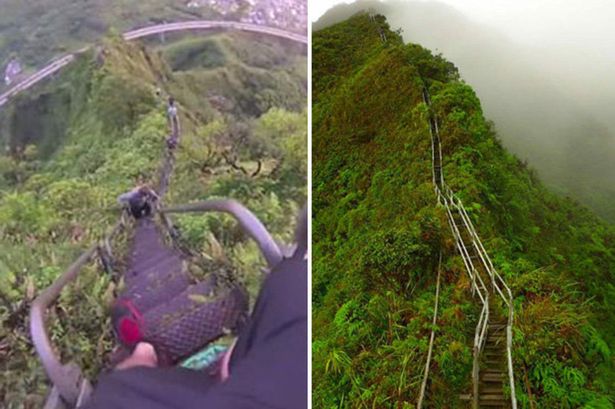 But scores of travellers have been breaking the rules in that time – and some have now even upped the fear factor by putting up a makeshift swing atop the mountain range.

“If they’re swinging out over the open area, potentially if they fell off, it could be fatal,” President of the Friends of Haiku Stairs group, Vernon Ansdell, told Khon2 news.

As the swing is also illegal, people are not only risking their lives – but a hefty fine too – if they decided to try it out. 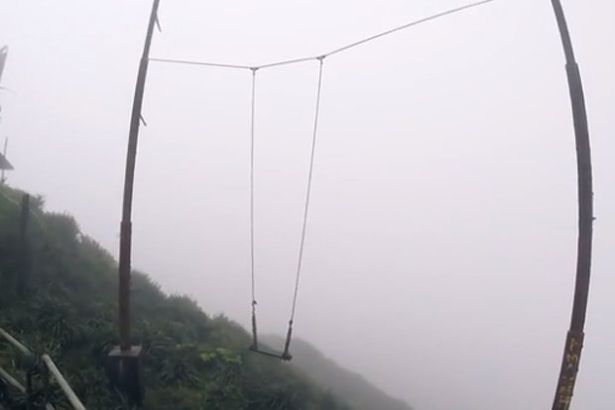 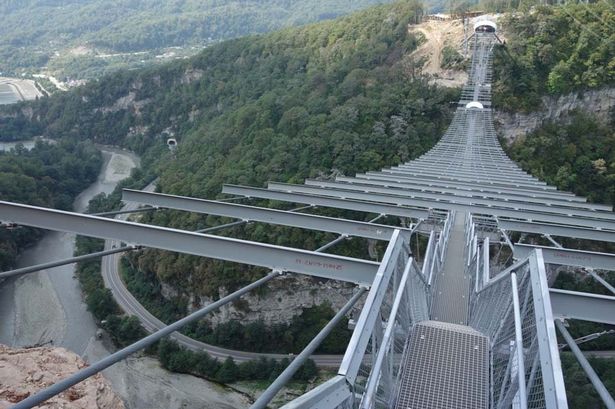 “It’s not helping our cause to have people up there. We don’t condone it,” Vernon said.

It is believed the stairway was originally made during World War II so military personnel could access a radio tower 2,000ft up the mountain.

The Haiku Stairs are such a scary-yet-desired bucket-list destination that they topped our list of the world’s most terrifying tourist attractions.

Holidays: Travel expert reveals how to prepare for future holidays amid COVID uncertainty

Save on Theme Park Access with American Airlines Vacations 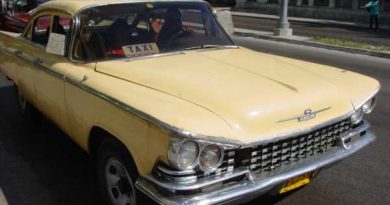