The UK is one of the countries where high numbers vaccines have been administered to date, reaching 50 million doses last week, but little is said about how this high-speed pace has been achieved. One little known fact is that the staff delivering your Covid-19 vaccine may or may not be medical professionals. Although aviation workers are contributing to the nationwide effort to fight the virus, not everyone is happy with non-medical personnel administering their jab.

Airlines rapidly took this opportunity to step up, with cabin crew members being the largest group of non-medical professionals in the programme. EasyJet and Virgin Atlantic crew were fast-tracked to be trained, and other airlines like British Airways fervently encouraged their staff to join forces with the NHS.

In other words, it might not be a doctor or a nurse who administers your jab, but a non-registered member of staff that has recently received suitable training. But how do people feel about that? 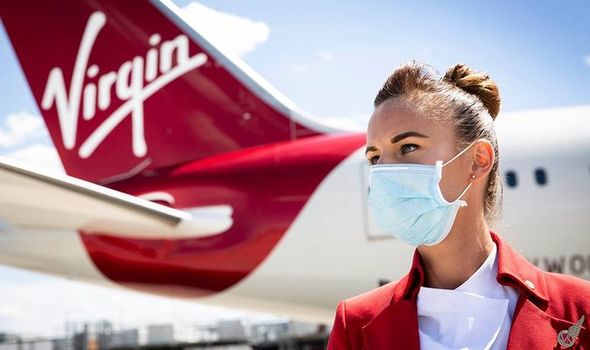 Since the news came out, many have shown concern with the idea.

After asking for feedback on social media and getting 500 responses, 59 percent of respondents don’t feel comfortable with non-medical professionals delivering their jab, and 67 percent said that they would feel much safer with a qualified doctor or nurse.

Either way, will having a flight attendant as a vaccinator make a difference for those who choose to get a jab? A concerning 47 percent said that they would actually refuse to get their vaccine if they knew that a former flight attendant was administering it.

Billy Eagle, Virgin Atlantic cabin crew and now NHS worker, told Express.co.uk that he is shocked by some people’s fears: “We already have that medical background. We are not just first aiders; our training is a lot more advanced than basic first aid. Becoming vaccinators is just learning one additional skill, really.”

Billy explained that “if the people that are worried about cabin crew vaccinating them knew what the training was like and what they are experienced in, that would alleviate those worries. Our medical training is very advanced. I wish the public knew what it is like.”

From the International Air Transport Association (IATA), Katherine Kaczynska explained that aviation workers naturally fit into this role, and people should have nothing to fear.

“The main role of cabin crew is health and safety of the passengers, and there is a large element of that in their training, in case a passenger gets ill, for example. It is a natural fit for cabin crew, but we are also in the middle of a crisis and it’s all hands on deck,” said Katherine.

However, former crew member and now NHS worker Jordan Stephen Jones told Express.co.uk that he understands why people might feel unsure about this. “As a cabin crew, I can see the perception that people have of a flight attendant and how they think we are only there to pour tea and coffee and serve chicken or beef.

“I can see how that might be an issue for a lot of people who don’t quite understand how difficult the role as cabin crew can be and how intensive the training is. It is definitely not just being a waiter in the sky.”

In fact, flight attendants complete intensive safety and medical training that prepares them for any situation that they can potentially face in the sky, which includes performing CPR, delivering adrenaline injections or even handling death on board.

Billy explained that “a lot of the medical situations that arise, happen with little or no notice, and cabin crew have to be able to react to that in a professional and safe way.” However, he added that “the regular public rarely gets to see that, so they don’t understand.”

Responding to a call out on social media, Londoners Gareth, 31, and Victoria, 37, have very different views around the issue, having both recently recovered from Covid-19. 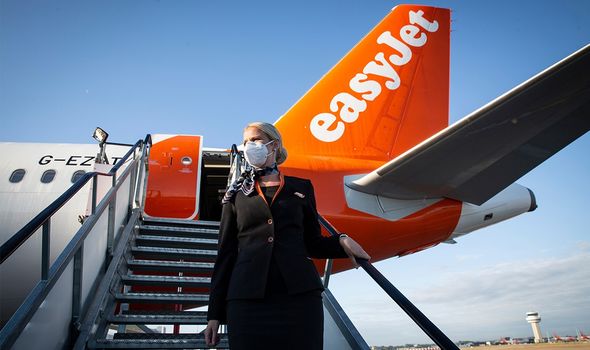 “I think in these times with limited resources, I would be ok with someone who wasn’t a full medical professional administering my vaccine, as long as they had been trained up,” said Gareth.

For Victoria, however, it is not so clear: “I wouldn’t be comfortable with non-medical personnel administering the vaccine for me.

“I would be much more comfortable with healthcare workers such as doctors or nurses because they are registered, they have a lot of experience, and they can help with any possible reaction.”

The aviation industry has been one of the hardest-hit sectors by the pandemic, with the loss of tens of thousands of jobs in the UK alone due to the drop in demand for passenger air transport.

Therefore, not only do aviation workers get to contribute to the nationwide effort to fight the virus, but also the crew that was made redundant last year get an opportunity to retrain into another profession; at least, until they get their wings back.

Despite some people’s mistrust, tens of thousands of cabin crew are already delivering the vaccine across the UK. The NHS posted a picture on social media a few days ago thanking all the crew that joined the vaccination programme and that are currently helping fight the virus.

Desperate situations call for desperate measures, and the recovery of normal life is certainly tied to the vaccine distribution process, which aviation workers are helping to speed up.

At the end of the day, we might be thanking the flight attendant who we thought was only capable of pouring our black tea. And it is that small contribution that will enable life as we knew it to return to us.

The 12 best travel experiences of 2018 revealed