As Britons deal with the cost of living crisis, moving abroad is looking attractive to many. But where will British expats be the safest?

Christopher Nye is a property expert at Your Overseas Home. He shared one of his top country recommendations with the UK.

He said: “Iceland is just a three-hour flight from the UK and most people speak at least a little English.

“It is also one of the most forward-thinking nations on Earth. In 2019 it became the first country in the world to make it illegal for men to earn more for doing the same job as women.

“Additionally, the World Economic Forum ranks Iceland as number one for gender equality in regards to health, economics, education and politics.”

Just a short flight from the UK, Iceland is one of the best destinations for Britons looking to move abroad.

With high rates of gender equality, Iceland is a great choice for women planning a solo move overseas.

The crime rate is very low in Iceland and it was named the world’s safest country by the Global Peace Index.

Iceland also has a strong record on climate change and is one of the world’s greenest countries.

Christopher said: “They are also one of the most sustainable countries on the planet, generating 25 percent of their national power via geothermal energy.”

The majority of expats choose to live in the Icelandic capital, Reykjavik, which is the country’s largest city.

Citizens enjoy long days in summer but expats will have to get used to dark, cold winters with the sun rising for just a few hours per day.

House prices are also fairly high in Reykjavik while the cost of living is also one of the highest in Europe.

Iceland has stunning natural scenery and many expats choose to explore the beautiful country at the weekend.

From hot springs to volcanic landscapes, Iceland is perfect for adventurous British expats.

Iceland’s geothermal pools are thought to have many health benefits due to the natural minerals in the water.

The springs’ calcium is thought to provide relief from arthritis pain and reduce inflammation in the joints.

Meghan Markle travel: Holiday like Duke and Duchess of Sussex in Nice, France 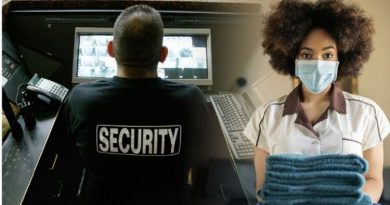