One of Australia’s top medical experts is backing calls to open international travel borders while issuing a warning that no matter what happens, “COVID is coming”.

Tourism groups have been warning of “big trouble” on the horizon for Aussie businesses and even Virgin Australia’s chief executive said she wants the international border to reopen soon even if it unfortunately means “some people may die”.

The issue has been a major talking point for all sectors across the country after the federal budget last week predicted Australia’s international borders would remain largely closed until mid-2022.

Yet despite Prime Minister Scott Morrison facing pressure in the week since to work on a timeline, he is refusing to budge, warning it is “not safe” to reopen.

On Monday, the President of the Australian Medical Association suggested a timeline on reopening will also help Australia’s bungled vaccine rollout.

Dr Omar Khorshid’s comments echo those of NSW Treasurer Dominic Perrottet, who believes linking the border reopening to the country’s COVID-19 vaccine targets will reassure Australians that they won’t be closed off from the rest of the world for any longer than necessary.

RELATED: Push for vaccine targets to be linked to international travel

Appearing on ABC’s Radio National Drive, Dr Khorshid said Australia has been in a “bizarre little bubble” considering our low virus case count in comparison to the rest of the world, likening the country to a “gilded cage”.

He warned Australians were becoming complacent and should be thinking, “how are we going to get out of this”, instead of relying on the fact the country is relatively COVID-19 free.

“Now, whether it’s through a breach of our quarantine or because we open the borders, it is coming.

“I think a conversation around the parameters that we’re going to be setting, when the borders are going to open, will help motivate Australians to say, ‘yep, I’m going to go and get myself vaccinated because this virus is coming into Australia, be it at the end of this year or half way through next year’.”

Dr Khorshid suggested a target of opening international borders by the end of the year was “a good reason for us all to go and do the right thing”.

“We should be able to get our population vaccinated by the end of the year,” he said, despite Australia’s lagging vaccine numbers.

But he reaffirmed Australia will open “when it’s safe to do so”, which was when an adequate number of Australians were vaccinated.

“I do support setting a time, because that’s going to give us all the motivation to go out and get that vaccine.”

He told Patricia Karvelas the biggest issue for Australia and “the one I’m most worried about” is our capacity to look after those who get sick, be it from COVID or a vaccine reaction.

He warned Australia’s hospital system might not be able to cope with such a capacity.

“Plus we’ll get a certain number of people who get sick from COVID and we’ve got to make sure our system is ready to cope with that.”

Last week former deputy chief medical officer, Dr Nick Coatsworth echoed those comments, warning there will likely be a rise in COVID-19 cases when Australia does reopen its borders.

Australia is likely to remain shut to visitors until late 2022. Picture: Saeed KhanSource:AFP

A man wears a face masks as he walks along George Street in Sydney. Picture: Mark MetcalfeSource:Getty Images

International border closures are forecast to cost the nation at least $17bn due to the botched vaccine rollout – but the damage bill could climb frighteningly higher.

The cost to the economy incurred by Australia’s isolation from the rest of the world is a whopping $203m a day, according to modelling by the McKell Institute released earlier this month.

The federal government initially set a target that every Australian would be fully vaccinated against COVID-19 by the end of October, and major airlines such as Qantas based their relaunching of international services around that timeline. Both dates have since been pushed back.

The nation’s vaccine program will enter another chapter from Monday with Australians older than 50 able to roll up their sleeves at their local GP.

Anyone in that age bracket can visit one of the thousands of GP clinics across Australia that are registered to be part of the rollout.

Holidays: Most beautiful places to run in the world – top running routes revealed 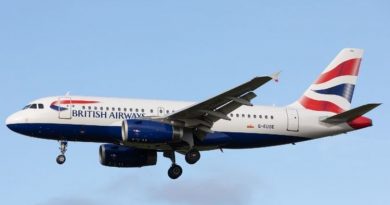