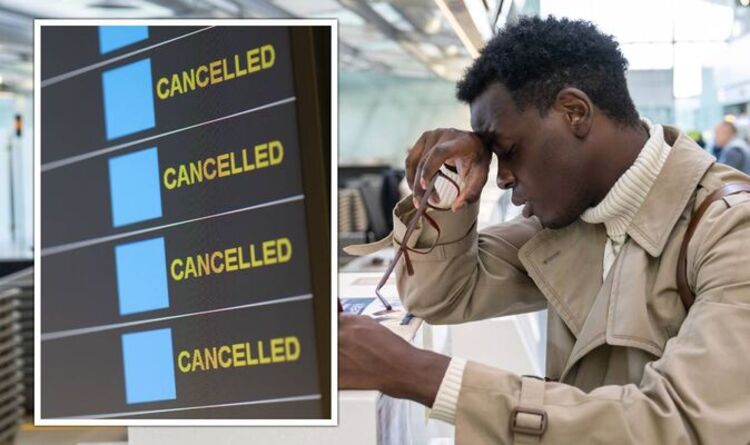 Eager holidaymakers were left with their Easter holiday plans in tatters, with pictures showing passengers queuing outside of terminals for security checks.

Eurostar services also appeared to be facing disruption, with pictures on social media showing passengers being forced to wait outside Amsterdam station in long queues.

Airport bosses have said the delays are down to staffing and recruitment issues within the entire industry, as international travel slowly begins to return to normal following the coronavirus pandemic shutdown.

There have also been warnings that the current issues could last until the summer – at least – as the travel industry adapts to life after restrictions.

What should you do if your flight is cancelled or you miss it?

If you miss your flight because of delays, there is often very little you can do about it.

Sometimes you can be rebooked on an alternative flight, and some carriers, at their discretion and in extraneous circumstances, may opt to give a pass and rebook you for nothing.

However, this is not the done thing – so be sure to check your flight provider’s rules before your trip.

If your flight is cancelled by the airline, there’s usually more hope for getting a refund or a new flight.

Michael Foote, Editor in Chief of Quotegoat.com, told Express.co.uk: “This is distressing news for travellers and their families. If your flight is cancelled, you should be asked whether you want a full refund or to re-book on an alternative flight.

“EasyJet should cover the cost of transport if you need to travel from a different airport to catch your replacement flight.”

“You have a legal right to help with costs if the cancellation delays you two or more hours.

“You’re also entitled to financial compensation if you’re delayed two or more hours by the replacement flight offered and you were given less than two weeks’ notice.

“If your flight is cancelled less than seven days before departure, you may be able to claim between £110 – £520 compensation depending on the distance of your flight.”

When should I arrive at the airport?

A spokesperson for Manchester Airport said: “We encourage passengers to arrive at the earliest time recommended by their airline, which is usually when check-in for their flight opens.”

For international flights, this is usually three hours before your scheduled take off.

But holidaymakers have taken to arriving much earlier in recent days so they have ample time to clear security, where the bulk of the queues have been reported.

Africa’s biggest conservation success was once a poachers’ paradise

Airlines have restored half the ‘normal’ number of seats 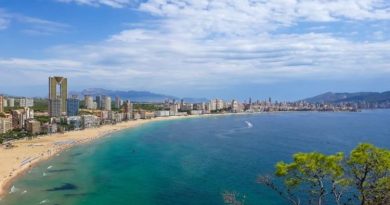