Home » Travel » What to Do in Montrose, Houston's Most Walkable Neighborhood 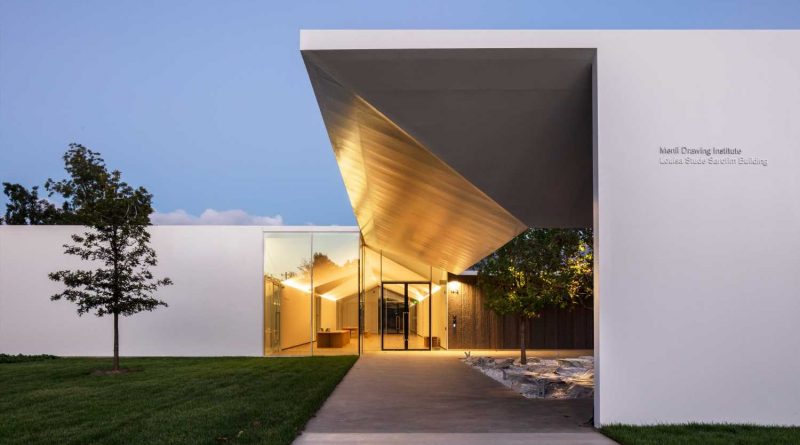 A Stetson’s toss to the west of high-powered, high-cultured, high-heeled downtown Houston sits a neighborhood a world away from the fast-paced drama in America’s oil capital.

Since 1910, Montrose has been described as “the heart of Houston” and “the strangest neighborhood east of the Pecos,” but the neighborhood’s true beauty lies in the fact that it contains something for everyone. This is, after all, the neighborhood where a young Lyndon B. Johnson worked as a teacher, where an ambitious Howard Hughes dreamed of the heavens, and where a twenty-something Clark Gable studied acting.

That inveterate mix of creativity and virtuosity is still alive and well in modern Montrose: It’s there in world-class art museums and galleries like the Menil Collection and Rothko Chapel, as well as in the innovative local boutiques and artisan stores—and in the game-changing restaurants, here in the city’s foodie bullseye. If you’re seeking something a little different on your next visit to southern Texas, here’s your guide to enjoying H-Town’s most dynamic neighborhood.

What to do in Montrose

One of the best things about Montrose is that it’s truly a walking neighborhood—a pleasant rarity for a Texas city. The best way to get your bearings, therefore, is with a walking tour. Lifelong Houstonian Jim Parsons (not the one from Big Bang Theory; though he also happens to be from Houston), runs a great selection of routes through Preservation Houston, which are thoroughly engaging and a great first step on arrival.

At the heart of proceedings, and the top of most to-do lists, is the Menil Collection—a modernist Renzo Piano-designed museum housing more than 17,000 pieces of artwork and sculpture, from 5,000-year-old antiquities to one of the world’s largest collections of René Magritte’s surrealist paintings. The free museum (a gift from local philanthropists John and Dominique de Menil) sits at the center of a tree-lined urban campus, within barely a minute’s walk of acclaimed offshoots like the Cy Twombly Gallery, the Dan Flavin Installation at Richmond Hall, and the show-stopping Rothko Chapel—a serene, meditative octagonal space featuring huge abstract murals by its namesake artist—which seem to move in the stillness.

For tranquility of a different type, Buffalo Bayou, bordering Montrose to the north, is a sinuous 160-acre park, following its namesake river west out of the city. The best way to enjoy Houston’s answer to Central Park is by renting a bike and exploring the gently bisecting pathways, or by hopping into a kayak and paddling deeper into Montrose, with the glistening skyscrapers of downtown sinking smoothly behind you.

Where to eat in Montrose

Montrose is permanently stacked with envelope-pushing menus, and at the top of the pile right now is Bludorn. Set in a bright, breezy building on Taft Street, the restaurant opened in August 2020, serving elevated American comfort food with a French twist. Must-orders include the melt-in-the-mouth lobster pot pie (served with a grand tableside flourish), the red pepper and almond octopus, and the black truffle risotto which, frankly, is worth the flight to Houston on its own.

While Bludorn attracts the headlines and celebrity diners, another newcomer, 93 Til, remains something of a juicy local secret. Hidden away on a leafy side street near the Menil Collection, it’s a laidback vinyl lounge with an excellent wine list, an understated patio, and a menu that will knock your socks off. In the words of general manager Austin Ellis, “If it’s good, we’ll pour it. If it’s good we’ll spin it. If it’s good we’ll serve it.” Spoiler: it is very good, particularly the fish dishes, which change daily, and the tres leches carrot cake. Don’t let the impressive selection of biodynamic, organic wines blind you from the brilliant cocktail list, though. The Strawberry Manilow is a particular treat, as is Sugar Baby Love, a sweet riff on an old fashioned, with a burnt marshmallow top.

Houstonians love their weekend brunch, and two of the town’s most coveted spots are in Montrose. Hugo’s on Westheimer serves a seemingly bottomless upscale Mexican buffet on Sundays, accompanied by live music, margaritas shaken tableside, and one of the best tree-covered patios around. Just across the street, UB Preserv is the latest hit concept from James Beard Award-winning chef Chris Shepherd, serving a dim sum-style brunch that’s on the tip of everybody’s tongues—once the Szechuan peppercorn has worn off. (Warning—once you’ve had the Vietnamese short rib fajitas here, you will never be able to think about them without your mouth automatically watering).

Where to shop in Montrose

Centered on Westheimer Road, the shopping scene in Montrose is a mad mix: you can follow your nose to Le Labo, investing hundreds of dollars perfecting your own personalized perfume, or you can walk less than 30 seconds in either direction, spending small change on one-off gems from the legendary thrift stores that have been a fixture here for decades. (In particular, check out Fashion Time Machine, Out of The Closet, and Pavement Clothing). But Westheimer’s most loved store—and the one most likely to trap you in a world of wonderment for an hour or more—is Space Montrose. Here, you’ll find a selection of artwork, jewelry, clothing, and handcrafted goods from entrepreneurs across the U.S. (more than 200 and counting, including around 140 Texans), that will have you not only filling your Christmas lists, but your living room, too.

Montrose itself is essentially Space Montrose writ large: a little bit of everything, done well and finished with a certain artistic flair. A quirky cocktail mixed with a slice of Austin, a sprinkling of New Orleans and a squeeze of San Antonio—served up with lashings of sunshine. A uniquely Houstonian Bohemia.

easyJet: 223 flights cancelled due to France strike action – can you get compensation?

Where to find some of the world’s best chocolate