More than 100,000 Australians who are Qantas Frequent Flyer members have unclaimed travel benefits, with the airline saying now is the best time to use them.

Amid the pandemic in 2020, Australia’s national carrier launched its “Points Club” for Frequent Flyers to accumulate points through on-the-ground spending – such as at the Woolies checkout or using their credit card to pay the electricity bill.

But the airline says a recent audit has identified that although eligible frequent flyers had been notified that they qualified for Points Club, a large number had not taken advantage of the program’s perks.

RELATED: Vaccinated Aussies could be allowed to travel overseas next year

This included benefits like lounge passes, hotel discounts and bonus points waiting to be used.

“We introduced Points Club to ensure that our frequent buyers who earn lots of points on the ground, got to enjoy travel perks associated with frequent flying,” Qantas Loyalty CEO Olivia Wirth said in a statement.

“As travellers head off for a holiday, they could be missing out on enjoying our lounges or getting discounts off their hotel stay.

“We’re encouraging all Frequent Flyers to check their accounts to see if they are Points Club members.”

Ms Wirth said around two-thirds of Qantas Points were earned on non-flying activity, so the “potential to build large points balances on the ground is huge”.

“Last year, one member earned close to three million points on the ground alone – that’s enough points for 25 Sydney to Auckland return Classic Flights in Business or a month’s stay at The Langham hotel in Melbourne,” she said.

All Qantas Frequent Flyers including Bronze, Silver, Gold, Platinum and Platinum One members are automatically eligible for Points Club and once they achieve the points threshold are informed via email and through the Qantas app. 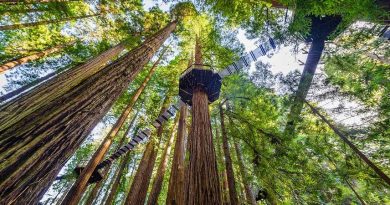