Home » Travel » A man in a bear suit hiked 480 miles from LA to SF to fundraise for mental illness. He's walking to New York next. 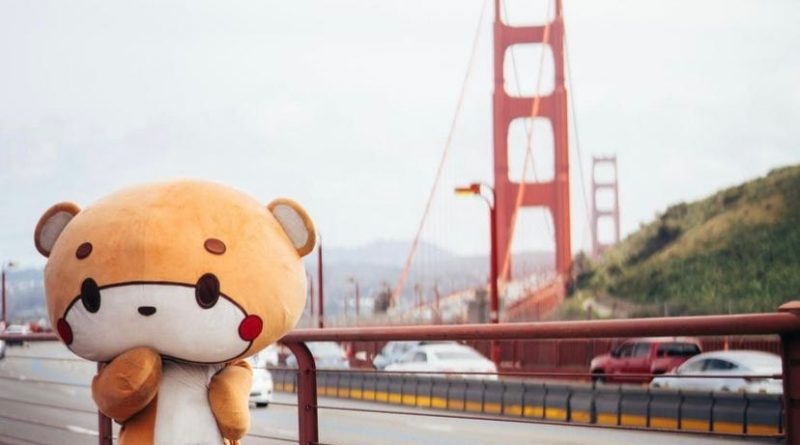 San Francisco played host to a furry visitor over the weekend when a man in a bear suit who’d embarked on a 480-mile long walk from Los Angeles finally arrived at the Golden Gate Bridge.

Jessy Larios, 33, donned “Bearsun,” a bear mascot costume that he designed himself, and set off from the Little Tokyo neighborhood in Los Angeles on April 12 with nothing on his person but his phone, travel-sized toiletries and cleaning supplies, socks, and a flashlight.

Nine days and close to 500 miles later, Larios – a 33-year-old whose day job is with a health care company – finally reached his goal. As he walked up to San Francisco’s Golden Gate Bridge he promptly broke into song, belting out a My Chemical Romance number.

Larios told Insider that he embarked on the journey almost entirely on impulse. He started “regretting it a little”on the third day, but felt “empowered” to push forward by the encouragement that had come from people responding to the Instagram posts he made tracking his journey.

Gallery: 14 reasons why you could really hate RV life (Mediafeed)

Bearsun has been spotted on mountainous trails and long desert highways – even attracting the notice of some local sheriffs, who were both confused and concerned for Larios, particularly when he stopped for rest at the side of the road for a couple of hours, lying down in the bear costume.

“There was a real stench inside the suit after a while, and I barely took it off and just kept walking. But I just kept walking, and felt so empowered – even when I got lost for a good three days,” he said.

This is not the first time Bearsun has attempted to go the distance. In 2019, Larios donned the bear suit and attempted to run the 2019 Los Angeles Marathon, but did not manage to complete it. Larios went back in 2020 to give the 26.2-mile race another shot, and made it across the finish line, after which he resolved to continue bringing the mascot on adventures and to “give back.”

Larios told Insider that while he initially intended to use part of the sum from the GoFundMe crowdfunding campaign to get himself a new bear suit, he decided along the way to donate the entire amount – totaling some $17,000 – to the National Alliance on Mental Illness.

“A lot of people were telling me that they’ve been in a dark place, and haven’t been feeling like themselves, but Bearsun walking to San Francisco distracted them from the cloud of negativity they’d been in,” he said.

“The fact that people could be inspired and gravitate towards something so simple, like walking to one place from another, made me really happy, so I’m making that donation to this worthy cause.”

Larios told Insider he was planning to go on a new journey in a few weeks “once he patches Bearsun up,” this time from Los Angeles to Las Vegas, with a stop in San Diego along the way. Then he intends to make the cross-country hike of some 2,500 miles from Los Angeles to New York City, which he estimates could take him close to three months if he keeps to a 35-mile-a-day speed.

“Two-thousand miles isn’t that long a road to walk,” he told Insider. “Of course, I’ll have to sell some merchandise to get funds to tweak the suit and make it more durable and well-ventilated. But that’s what’s next – and I’m super excited.” 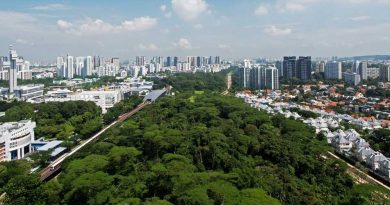 Travel Bubble Between Hong Kong and Singapore to Open in May