Home » Travel » All Travelers to U.S. Will Need to Quarantine and Show Negative COVID Test Result 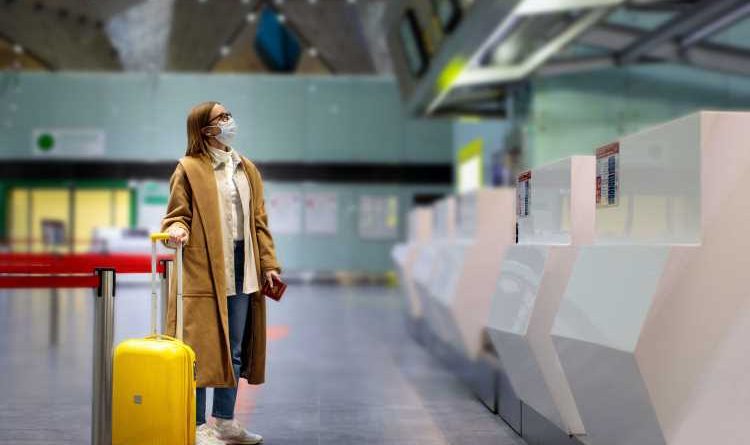 © Photo by Shutterstock
All Travelers to U.S. Will Need Negative COVID Test


Photo by Shutterstock Anyone over the age of two planning on entering the U.S. after January 26 will need to be armed with a negative COVID test.
All international passengers flying into the United States who are age two and older—including returning U.S. citizens—will need to provide proof of a negative COVID-19 test prior to boarding, according to an order issued on January 12 by the U.S. Centers for Disease Control and Prevention (CDC).

The move was reinforced by a new executive order signed by President Joe Biden on January 21, requiring the negative COVID test from international travelers prior to entry. The executive order also said that all travelers entering the U.S. from a foreign country will now be required to “comply with other applicable CDC guidelines concerning international travel, including recommended periods of self-quarantine or self-isolation after entry into the United States.”

The CDC recommends that international travelers get tested again 3 to 5 days after arrival from abroad and stay home for 7 days after travel, pending a negative test result, or self-quarantine for 14 days with no postflight test.

The CDC’s guidelines for international travel are as follows:

The executive order that converts these recommendations into requirements comes amid reports of new variants of coronavirus emerging in countries such as the United Kingdom and South Africa that have shown to have increased transmissibility.

“While it is known and expected that viruses constantly change through mutation leading to the emergence of new variants, these new variants have emerged at a time when numbers of new cases in the United States have continued to increase at alarming rates. Additional new virus variants are also likely to emerge as the virus continues to evolve and mutate. Accordingly, further action is needed to help mitigate the spread of these and other new virus variants into the United States,” the CDC said in its January 12 order requiring the preflight COVID test for international arrivals.

Effective January 26, those arriving stateside on any international flights will need to provide proof of a negative PCR or antigen test, the results of which must be from no more than 72 hours prior to departure, according to the CDC. For those with a connecting flight, the test must be procured no more than 72 hours before the initial leg of their journey (provided the layover is not more than 24 hours). Airlines will be required to confirm the negative test result for all passengers before they board and to deny boarding to those passengers who choose not to take a test.

Passengers under the age of two are exempt, as are airline crew members, federal law enforcement personnel, and U.S. military while on duty. Those who can show proof of a positive test result combined with a healthcare professional declaring that they have recovered and are cleared for travel from within three months of departure are also exempt from the negative COVID test requirement.

No details have been provided regarding how the new policies will be enforced.

Currently, travel into the United States remains highly restricted. Since mid-March, there’s been a ban on foreign nationals traveling to the U.S. from the U.K., Ireland, the European Schengen area, China, Brazil, and Iran, with exceptions including U.S. citizens, permanent residents, and some family members.

On January 18, former President Donald Trump signed an executive order that lifts the ban on travel from the European Schengen area, the United Kingdom, Ireland, and Brazil on January 26, the same day that the new testing measures go into effect.

But according to White House press secretary and President Biden’s spokesperson Jen Psaki, Trump’s executive order isn’t likely to be carried out by the incoming administration.

“With the pandemic worsening, and more contagious variants emerging around the world, this is not the time to be lifting restrictions on international travel,” Psaki tweeted on January 18.

“On the advice of our medical team, the [Biden] administration does not intend to lift these restrictions on 1/26.”

There has not yet been an official new order or directive issued by the new administation on the Europe and Brazil travel bans.

This story was originally published on January 12, 2021, and was updated on January 22, 2021, to include current information.

Everything you need to know about Star Wars: Galaxy’s Edge