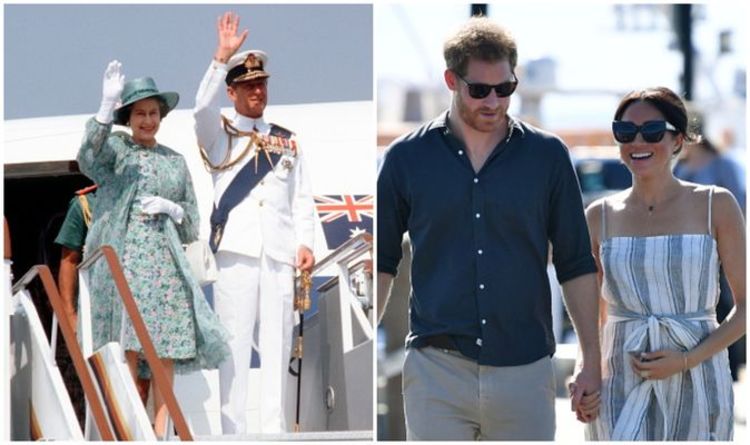 Queen ‘played like a child’ on 1947 royal tour says expert

The Queen has visited more than 120 countries during her 69-year reign, and each time has had to abide by the same travel safety measures. Security levels for the Royal Family are already high on a normal day-to-day basis, but when the royals are travelling abroad this becomes even more intense. Although these rules exist to protect the royals when they travel abroad, some of them are rather unusual.

One of the most important royal travel rules is two or more heirs to the throne cannot travel in the same plane.

This is because, in the event of a plane carrying several heirs crashing, the future of the monarchy would be immediately unstable.

This rule can, however, be broken with the monarch’s permission.

This was exhibited when Prince William travelled with young Prince George on the royal tours to Australia and New Zealand in 2014, Canada in 2016 and Poland and Germany in 2017.

This rule may be there for deeply personal reasons, as three royals have previously lost their lives in air accidents.

Prince Philip’s sister, Princess Cecile died in a crash in 1937, the Queen’s uncle Prince George of Kent died in 1942 and her cousin, Prince William of Gloucester died while competing in an air show in 1972.

Queen’s own supply of blood

A strange but essential item in the Queen’s luggage is a supply of blood.

Queen Elizabeth has always travelled with a doctor and several emergency treatments in case anything happens to her.

Even though the Queen stopped travelling abroad in 2015, in the event there were no blood donations available, they would be able to use the Queen’s personal supply.

This rule came into circulation after the tragic and sudden death of King George VI in 1952.

When her father died, the Queen was in Kenya on a royal tour and did not have a black dress packed for her return to the UK.

When her plane landed at London Airport, a suitable dress was brought aboard for her to change into before she travelled down the stairs.

Ever since then, it has become a custom for royals to travel with a black outfit suitable for mourning attire in the case someone dies while they are abroad.

They bring their own drinks

On a standard tour, the royals will visit many locations, and sample several different foods and drinks.

From a safety perspective, this is a huge concern because there is a strong possibility they could be poisoned.

This is why the Prince of Wales and the Duchess of Cornwall opt to bring their own drinks when they travel.

It is reported Prince Charles’s tipple of choice is a gin and tonic and Camilla enjoys a glass of red wine.

Alicante for under £100 a night! How to visit the city for less 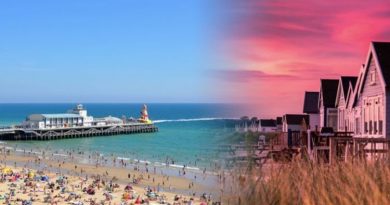