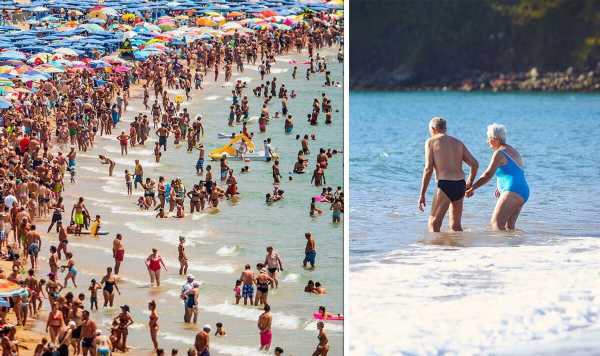 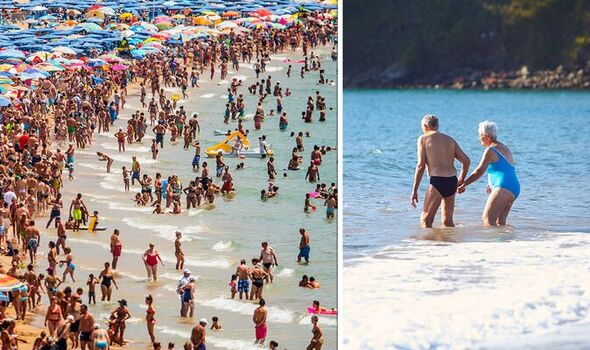 Spain is one of Britain’s favourite holiday destinations with thousands of Britons visiting the Spanish beaches every year. Now, holidaymakers caught urinating in the sea could be fined, under new laws.

The city council of Vigo, in Galicia, in the north of Spain, has announced public urination is now “an infringement of hygiene and sanitary regulations”.

This means any holidaymaker found doing it “in the sea or on the beach” will be given a £640 fine.

The town officials explained public toilets are being installed on beaches during the high season.

But there is more, as the city of Vigo has also announced other strict rules for beachgoers.

Spain announced local authorities would impose fines for anyone inappropriately dressed on the street.

This means holidaymakers have to make sure they get dressed before leaving the beach as, under the new rule, Britons who don’t cover up could be fined.

This includes women seen wearing only a bikini or swimsuit and men without a top.

The country is also planning to fine anyone who leaves rubbish behind as well as people who bring a gas cylinder or barbeque to the beach.

The country said using soap in the sea is now banned and reserving a spot on the beach with a towel is not allowed anymore.

Majorca and Ibiza, in the Balearic Islands, announced earlier this year that Britons will be limited to just six drinks a day on their all-inclusive holidays.

The number of drinks is now limited to three at lunch, and three at dinner.

The Balearic Government also banned the sale of alcohol in shops between 9.30pm and 8am.

Majorca has also announced Britons won’t be allowed in restaurants or bars if they are wearing football shirts or glow-in-the-dark hats.

A group of 11 restaurants in Majorca, all part of the Palma Beach brand, have imposed a new dress code which all tourists will have to follow.

“We already consider the season lost in terms of incivility control.

“We need support from the authorities because neither the businesses nor the residents can stop it.”

Juanmi Ferrer said the objective was not to “prohibit” but to “reeducate” the tourist.