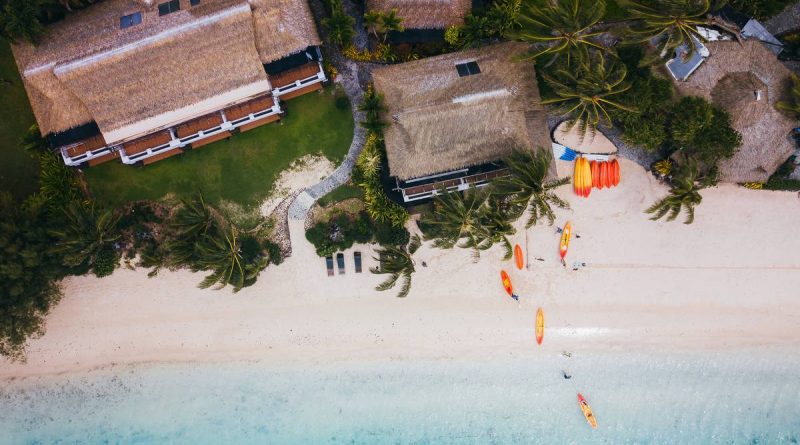 New Zealand’s quarantine-free travel bubble with the Cook Islands will begin on May 17.

This will be based on a clear set of criteria being met, she said. The health and safety of the people of the Cook Islands had been paramount in all the work to ready the bubble.

“Two-way quarantine-free travel is a significant step in both countries’ Covid-19 recovery, and a direct result of both New Zealand and the Cook Islands’ successful response to the pandemic,” Ardern said.

“It will mean families can reconnect, commercial arrangements can resume and Kiwis can take a much-welcomed winter break and support the Cook Islands’ tourism sector and recovery.

“That we can take this step in our recovery so soon after opening the transtasman bubble highlights the benefits of our Covid-19 management, and the opportunities it is now providing New Zealand and our neighbours.”

Cook Islands Prime Minister Mark Brown said: “The confirmation of May 17 for the commencement of two-way quarantine-free travel between the Cook Islands and New Zealand is the result of our uncompromising commitment to ensuring all necessary health and border measures are instituted to the highest standards of protection against Covid-19 prior to commencement.

“In close partnership with New Zealand, we are continuing to work through final details for the deployment of vaccines to the Cook Islands and expect to provide further details on the vaccine rollout within the next week few weeks.”

Ardern said if there was an outbreak in the Cook Islands, the Government would be more likely to charter a flight to bring Kiwis home.

Vaccination in the Cook Islands

She said the rollout of the Pfizer vaccine in the Cook Islands is likely to commence this month, but there are still details to be finalised.

Ardern has previously said New Zealand had secured enough vaccines for all of New Zealand as well as the Cook Islands, Samoa, Tonga and Tuvalu.

Ardern said there was currently no vaccination under way in the Cook Islands, but the population of Rarotonga could be vaccinated in a day – going by the current daily vaccination rate in New Zealand.

Some logistics need to be finalised, including how to keep the vaccine cool.

Covid-19 Response Minister Chris Hipkins added that the vaccination workforce in New Zealand will be “flat out” from July, so vaccinating the Cook Islands before then would be ideal.

14-day rule before travel to Cooks

There will be no requirement for a pre-departure Covid-19 test, but travellers will have to complete a travel declaration, provide a health declaration and there will be random health checks at airports.

Flights will be operating as ‘green’, with measures in place through the traveller journey to keep travellers separate from ‘red’ flights in and out of New Zealand where passengers need to enter MIQ.

Ardern said she had not seen any modelling on how much New Zealand domestic tourism could be diverted to the Cook Islands, but she added airlines were looking at two to three flights a week.

She added that outbound flights to Australia had not been as high as expected.

The other realm countries were next in line for the bubble, but Ardern said Tokelau wasn’t in a hurry. But when Niue was ready, “we’re ready”.

Cooks’ PM Mark Brown had planned a Facebook Live update earlier today, but has twice pushed the timing back and it is now scheduled for 6pm (NZT).

Speculation this morning was for the bubble starting at about May 15 in the Cook Islands, which is Sunday, May 16 NZT.

A start date would be good news for both countries, but particularly the Cook Islands because Kiwis traditionally make up a significant portion of the tourism business there.

“We wanted to make sure when we do it, we got it right,” Ardern told Newshub this morning.

“We didn’t want to run the risk of exporting [Covid-19] to the Cook Islands, which has been Covid-free.”

Cook Islands media have also reported that today’s announcement would reveal a two-way travel bubble opening up around May 15.

Passengers from the Cook Islands have been able to travel to New Zealand quarantine-free since the end of January, but the Government has been concerned about the risk of travellers taking Covid there.

On the New Zealand High Commission in New Delhi, India asking on Twitter for oxygen and later apologising for it, Ardern said Ministry of Foreign Affairs staff overseas were there to help Kiwis overseas. They were also able to come home if they wanted.

She said disciplinary action for the tweet was not suitable, given the “high pressure” situation that staff were in at the moment, including the staff member who was critically unwell.

On the He Puapua report that National leader Judith Collins says is a separatist agenda, Ardern said the report has yet to be received at Cabinet level.

Ardern said Collins bringing it up now was “pure politics” that seemed to come around whenever the Opposition was at a particular point in the polls.

She noted the report was in response to a UN declaration that New Zealand signed up to under a National-led Government.

“The very thing being attacked was something a past National Government signed up to.”

She said the government, after signing up to the Declaration on the Rights of Indigenous People, was obliged to engage the public around the next steps.

She didn’t want to comment on the report before it came before Cabinet, but she said she had already ruled out a separate Parliament for Māori.

“I think it’s [the report] being used as a political tool.”

On Pharmac funding cancer drugs for all kids, Ardern said the blanket policy existed because the number of children with cancer was small.

What happened next was up to Pharmac, she said, as it was important not to politicise the process.

Pharmac was currently being reviewed, a promise Ardern made during the election campaign last year.

13 Must-Visit Spots Our Editors Are Traveling to This Fall

How Central and South American Countries Are Reopening