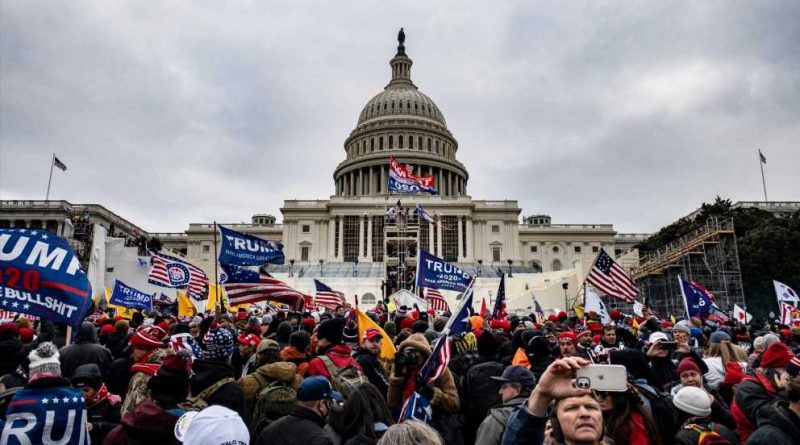 Hotels in the Washington, DC area faced social media backlash the day of the Capitol insurrection for harboring maskless Trump supporters. Now, many local hotels are confronted with a new challenge: what to do during inauguration week, which could be plagued by more violence.

On Monday, Airbnb announced it would ban hate group members like the Proud Boys from its platform. Just two days later, the home rental marketplace decided it would go a step further by canceling and blocking all Washington, DC reservations during inauguration week.

How hotels are responding and preparing

One local hote, Eaton DC, decided to heed these warnings and threats of violence by pausing operations through the upcoming week.

“Ahead of the Presidential Inauguration, we see that the greatest risk falls on the most vulnerable members of our community,” Eaton DC wrote on its website. “It is out of abundant caution and care for these beloved community members that we have decided to temporarily close our doors.”

However, Eaton’s decision isn’t being adopted by all local hotels. Of the five hotels that responded to Insider for a statement, none will be shuttering its doors ahead of the inauguration.

Instead, some hotels, such as Hyatt and the Mandarin Oriental, may be increasing security personnel and limiting hotel access to just guests, according to email statements from both hotels. Hyatt may also be taking additional security protocols that include “adjusting staffing levels and engaging with local authorities.”

“Hyatt hotels in Washington, DC are strongly encouraging only essential travel for stays between January 15 and January 22, including stays from essential workers or individuals caring for vulnerable persons,” according to the statement.

Read more: How the coronavirus will change vacations forever, according to 10 travel industry leaders

“Our hotel teams, especially those in Washington, DC, are very experienced and have a long history of successfully managing through major public events,” according to Hilton’s statement. “They continue to review hotel safety and security procedures, and their preparation is well informed and mindful of current events.”

Like the previous hotels, Marriott will keep all current reservations, and will be “monitoring the situation very closely and have operational and security plans in place,” according to an email statement from the hotel chain.

The Hotel Harrington – which was previously closed for January 4, 5, and 6 – will also remain open, but is no longer taking reservations for next week.

“Like many other hotels in the Washington metropolitan area, we have received some reservation cancellations,” an email statement from Hotel Harrington said. “To ensure the welfare of our staff and guests, we have heightened our security plans.”

Washington, DC’s Black Lives Matter chapter and Shutdown DC are targeting hotels directly by calling for a city-wide hotel shut down from January 15 to 21 after many failed to “disavow white supremacists and refuse them service” during the days leading up to the Capitol insurrection, according to a joint statement from both groups.

Unite Here Local 25, a local hospitality union with 7,200 members, has also adopted a similar stance by asking hotels to temporarily shut down unless the building is hosting security personnel. The union is further requesting hotels to let its staff stay home if the workers are concerned for their safety, according to a Unite Here Local 25 statement released on January 14.

According to a spokesperson from the union, many hotel workers were rattled on the day of the Capitol riots when Trump supporters started heading to local hotels to hang around maskless despite hotel policies requesting otherwise.

“There were a number of people who had pretty frightening experiences on January 6, and there is a real range of emotions about how people feel about coming back during the inauguration,” a spokesperson from Unite Here Local 25 told Insider. “Our members are really grateful to have the choice about whether to go into work or not.”