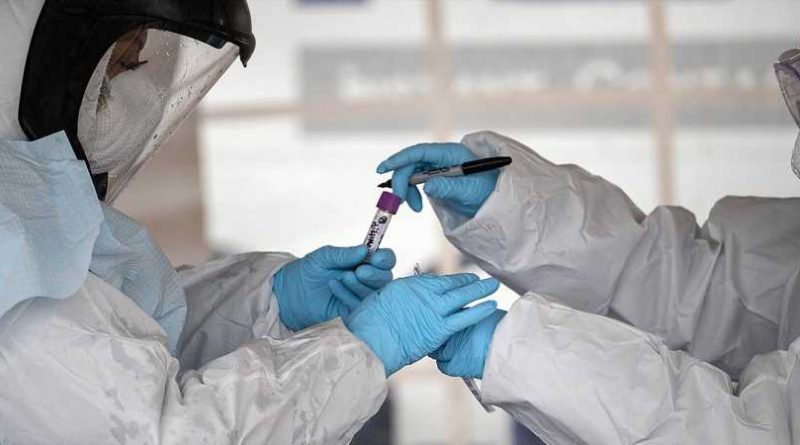 A highly contagious COVID-19 variant that originated in South Africa has been detected in the United States for the first time, with two cases found in South Carolina, state officials said Thursday.

The cases were discovered in two adults with no travel history or connection to one another, the South Carolina Department of Health and Environmental Control (DHEC) announced.

One case of the variant — known as B. 1.351 — was identified late Wednesday by the U.S. Centers for Disease Control and Prevention, and the other was detected while the state's public health laboratory was testing samples.

While the state department did not reveal the names of the people infected, it stated that one of the adults is from the Lowcountry and the other from the Pee Dee region.

The South African variant, like the U.K. and Brazilian variants, may be more transmissible than other variants, the CDC said in a statement responding to the South Carolina cases.

However, the DHEC said that there is "no evidence to suggest that the B.1.351 variant causes more severe illness." "The arrival of the SARS-CoV-2 variant in our state is an important reminder to all South Carolinians that the fight against this deadly virus is far from over," Dr. Brannon Traxler, the state's interim public health director, said in a statement Thursday. "While more COVID-19 vaccines are on the way, supplies are still limited. Every one of us must recommit to the fight by recognizing that we are all on the front lines now. We are all in this together."

While these are the first cases of the B.1.351 variant in the U.S., the strain has already been detected in more than 30 countries, the DHEC said.

Traxler urged that as the virus continues to mutate, it remains "critical that we all continue to do our part by taking small actions that make a big difference."

"These include wearing our masks, staying at least six feet apart from others, avoiding large crowds, washing our hands, getting tested often, and when we can, getting vaccinated. These are the best tools for preventing the spread of the virus, no matter the strain," she said.

The first case of the U.S. variant that originated in Brazil was detected earlier this week in Minnesota.

The Minnesota Department of Health confirmed on Monday that the resident had "recent travel history to Brazil" when they contracted what is known as Brazil P.1 variant.

In addition to the Brazillian P.1 variant, health officials around the U.S. are still learning about the U.K. B.1.1.7 variant, of U.S. has already detected at least 315 cases, according to the Associated Press.

As of Thursday, there have been more than 25.7 million confirmed cases of COVID-19 and at least 430,916 people have died, according to data from The New York Times.

Why hundreds of listings have been removed from Airbnb

Yellowstone tourist walks up to Old Faithful for photo

The 14 best beach movies you can stream right now