A flight attendant has revealed some of the odd questions passengers have asked her while flying over the last few years.

Gorgeous cabin crew member Jessica Lyons, 34, from Rio de Janeiro, has worked as a stewardess in Chicago for two years.

The Brazilian bombshell previously revealed the unusual ways passengers try to ask her out – and shares her travels on Instagram page @jessica.dreis.

Some pretend to be unwell so they can get close to her!

While others leave their number on napkins or even look them up on social media after the flight.

However, while unwanted advances are common so, Jessica claims, are unusual questions.

You might expect the occasional oblivious request to see the cockpit – this is never allowed during flight – or even requests for extra food, but that's not what the flight attendant says amuses her.

She told Daily Star: "We also get different questions all the time that make us laugh in the galley.

"People ask me: how can I open the window?

"Can you warm up my baby’s milk?

"Can I buy candies?

"Do you have a private bathroom?"

Most planes are not equipped with private loos except in some first class suites.

Opening the window is impossible as it would depressurise the cabin!

Plus, lighting a candle on a plane would never be allowed either as fire is a major hazard on board!

Jessica added: "They even ask… I see a seat open in first class can I sit there?"

You'll almost never be allowed to bump up a class after the flight has departed and may only be permitted to if you have a health condition or other problem such as risk of DVT.

Jessica continued: "My favourite one is 'where can I smoke?' I usually say: as soon as you leave the airport!'"

'We, in general, are people pleasers and like to make the passengers happy, and laugh with them!

She explained: “Passengers are usually so nice to us we get a lot of chocolates, Starbucks gift cards and some tips especially during the holidays.

"We hear a lot of confessions – you share with us your dreams and aspirations and If you treat us well, and politely, you will have the best customer service and some free drinks." 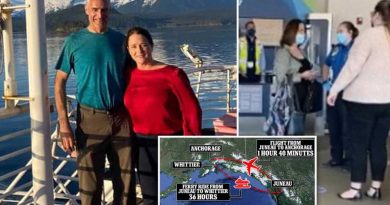