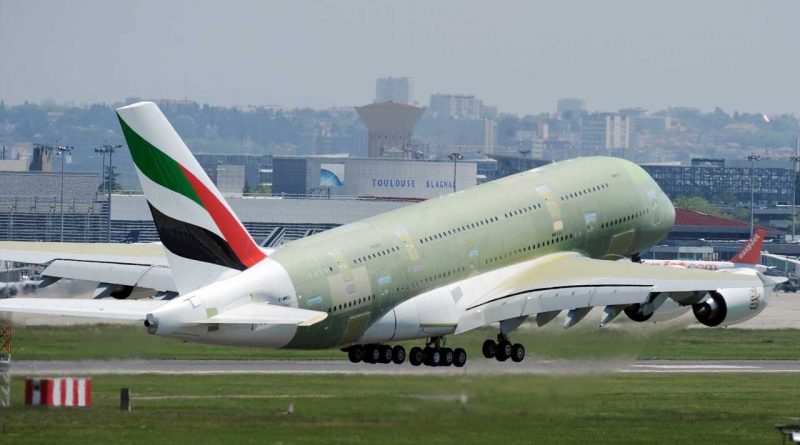 The last-ever produced A380 superjumbo has left Toulouse.

On Wednesday, the last A380 that Airbus will assemble departed from the plane manufacturer’s home in Toulouse (TLS). The aircraft, which has the test registration F-WWSH, departed for Hamburg (HAM), where it will be painted before delivery to Emirates.

Sign up to receive the daily TPG newsletter for more airline news!

The last #A380 said goodbye to his hometown by making a superb wing wave above its factory. ❤️ pic.twitter.com/omT3Nj6xG3

When Emirates takes delivery of the aircraft, it will fly under with the registration A6-EVS.

Emirates is the world’s largest operator of the Airbus A380 aircraft. Since the inception of the A380 and its entry to service in 2007, Emirates had ordered 123 of the aircraft. It has 118 of the superjumbos in its fleet now and is still expecting to take delivery of the final five A380s — including the final A380 ever produced.

In February 2019, just months after celebrating the A380’s 10th anniversary, Airbus announced that “given the lack of order backlog with other airlines, Airbus will cease deliveries of the A380 in 2021.”

Gallery: The Best and Worst Airlines for Cheap Flights (GOBankingRates)

Rather than ordering more of the superjumbo, Emirates — as well as other carriers, such as British Airways — decided against saving the program by placing orders for alternative aircraft.

Related: Too big to succeed: Why the Airbus A380 is dead

Before the coronavirus pandemic, the fate of the superjumbo looked doomed. But the pandemic has hit that point home even harder. At one point in 2020, all A380s around the world except one were grounded. As airlines struggled to cope with the reduced passenger demand, superjumbos like the A380 and Boeing 747 largely remained grounded, with their operating expenses far more than what they would make in revenue from seats sold.

Several airlines have said that they won’t bring their A380s out of storage. Air France and Thai Airways, for example, have retired all of their A380s.

Related: Will the Airbus A380 fly again once travel resumes?

However, some airlines have said they remain committed to the A380. British Airways CEO Sean Doyle said this week that the airline’s A380s will return to service. Of course, as it’s yet to take delivery of its final five A380s, Emirates also remains committed to the double-decker for now.

The peaceful places to get away from it ALL 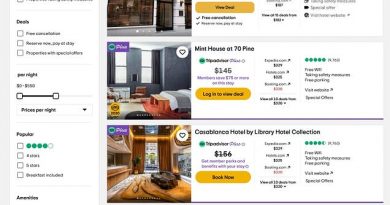 Tripadvisor Plus launches, with users getting discounts and perks