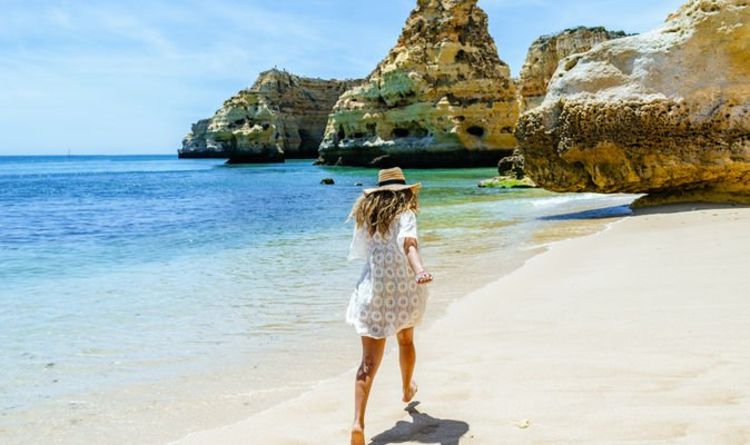 Simon Calder appeared on BBC where he discussed the “risks” taken by countries and holidaymakers amid the latest travel rules. Simon said: “Every country that allows people from a more infectious location to come in is taking a risk and the UK is pretty much up there with the US in terms of infection rates.”

With the UK currently experiencing much higher rates of infections than Europe, countries allowing Britons in with minimum requirements are taking risks to boost tourism.

Simon went so far as to say Europe was much safer than the UK.

He believed: “Personally I would be much safer in Portugal or Greece or Spain or Italy or France than I would be in the UK because of the much lower prevalence there.”

The easing of travel restrictions on the European side was to get Britons “out there”.

Simon said: “Many countries in Europe are looking at competitive easing of travel restrictions in order to get Britons out there, even though, looking at the latest infection rates, the UK is way above Greece, France, Portugal, Spain and Italy.”

The travel expert appeared on the BBC following the announcement that Portugal was lifting the quarantine requirements for unvaccinated Britons.

The new rules “applies to unvaccinated people, which really goes against the trend.”

However, rules, both in the UK and overseas are extremely complex.

This is an issue that Simon noted by explaining: “Oddly if you fly into Spain and carry on from there into Portugal by rail or road, you don’t need to take a test at all. It just shows how complex the rules are.”

Portugal is standing out in Europe.

It is one of the only countries not allowing vaccinated people in without a test.

Greece, Spain and France are allowing double jabbed Britons in without testing.

Simon said: “Interestingly, we’ve had 28 departures from here today of which a dozen have been going to Spain and another eight to Greece and only three are going to Portugal.”

Unsurprisingly, “people are voting with whoever’s got the easiest restrictions”.

This could lead Portugal to further ease its restrictions.

Simon said he’d “looking at Portugal again to ease things [in the future].”

In the meantime, Britons who wish to travel will have to adhere to the current rules.

Simon said: “Having got abroad, your problems are only just beginning.

“You of course then have to organise your tests for coming back, one before you fly and if you’re vaccinated, one after you land if you’re coming from an amber country.”
Source: Read Full Article

Brexit travel warning: Holidays to be ‘much more restrictive’ as strict rules enforced