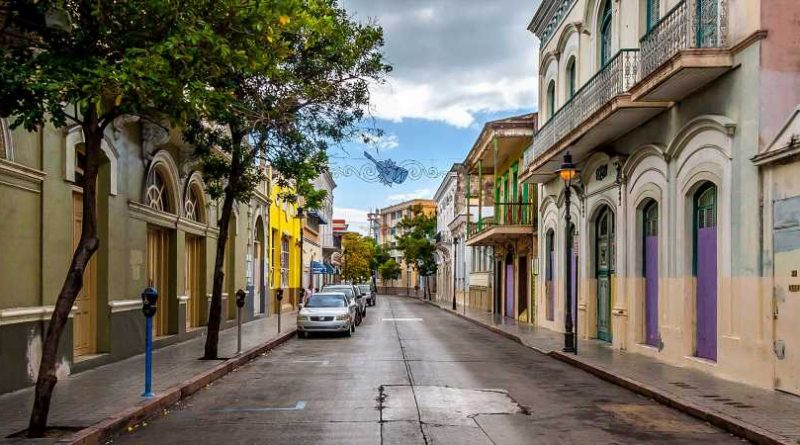 When the pandemic hit in March 2020, Puerto Rico shut down two of its airports, funneling everyone through San Juan's Luis Muñoz Marín International Airport. After a year of no commercial flights, the other two international airports on the island will reopen on April 1, the Associated Press reported.

Both Rafael Hernández Airport in Aguadilla and Mercedita International Airport in Ponce will start receiving commercial airline flights starting tomorrow. Safety measures, including infrared cameras, will be in place to monitor the spread of COVID-19, Puerto Rico Ports Authority's Joel Pizá said on Tuesday. The two terminals had been accepting cargo, charter, and private flights only in the last year.

Recently, travelers have been flocking to the U.S. territory, with an average of 10,000 to 12,000 people arriving a day in March, ABC News reported. Earlier this month, Spirit Airlines also announced a new route from New York's LaGuardia Airport to San Juan on Saturdays starting on April 17.

The CDC currently has Puerto Rico at a level 4 "very high" COVID-19 warning, recommending that travelers avoid visiting the destination. Those who do choose to go must wear face coverings in public areas, complete a travel declaration form through the health portal, and show proof of a negative COVID-19 test taken 72 hours before their visit to avoid the 14-day quarantine, according to the Puerto Rico Tourism Company. Additionally, the entire island is under a curfew from 12 a.m. to 5 a.m. While restaurants are at a 50% capacity, bars remain closed, ABC News reported.

With all those measures in place, Puerto Rico has seen an influx of tourists breaking the mandates, saying only 30% of those entering had shown their negative tests, meaning they're legally bound to the two-week quarantine, ABC News reported. Officials are now upping enforcement and arresting visitors who break those rules. The news outlet said three New Yorkers were arrested for not wearing masks and getting into an argument with a teenager on the northeast coast, while most incidents have been closer to San Juan.

Puerto Rico has had a total of 140,720 cases and 2,113 deaths since the pandemic began, according to data from The New York Times. The current rate of infection on the island is nine per 100,000 people — comparatively, Michigan currently tops the nation with 54.

To get a taste of Puerto Rico from home, Carmen Portela of travel company Local Guest has launched a virtual forest guided meditation through her new platform, Bana, as a preview of the in-person experience on the island.

Love Island’s Casa Amor villa is now up for sale – but it will cost you £2.5 million