Most of us love going on holiday, but the plane isn’t exactly the best start to a relaxing trip abroad.

The seat are often cramped, the food is expensive and the bathrooms are full however we’re not all in it together!

Those holidaymakers lucky enough to be able to afford it can travel in luxury by booking a first class ticket a.k.a living the dream!

But, what you might not know is that while passengers clammer to sit in first class it seems many of the flight attendants are actively trying to avoid it!

She revealed the secrets, benefits and downfalls of serving the first class guests on-board US domestic and International flights.

In the first, of two, video clips, Kat said: “Have you ever wondered what it’s like to be a flight attendant in first class or business?

“So for the company that I worked for, everyone is qualified to be a flight attendant in first class.

“That mean that if you’re flying domestic in the US you can be a first class flight attendant and you actually bid for that position.

“But, let me tell you most flight attendants don’t like that position.”

As most cabin crew would rather work in economy Kat explained how the staff are chosen to work in first.

In her video she wrote the caption: “First class flight attendant.

“You bid for that position or the most junior FA is assigned that spot. No one wants it.”

Kat continued: “If You’re flying international, then you do have to go through special training and qualifications and you have to get picked to be that flight attendant.

Kat also revealed that certain requirements were demanded of the role – at least on American plane lines.

She noted: “But, no matter what position you are working you have to know English.”

Kat’s first video was so popular that it attracted a whopping 12,600 likes – and so she made a follow-up video with yet more facts about flight attendants in first class.

Kat commented: “For every single flight we have something that’s called a briefing and whoever is running that briefing gives us a sheet of any government officials, celebrities, any million milers or diamonds.”

Diamonds and million milers are customers with loyalty accounts who rack up lots fo flights.

She continued: “It also gives us anything that deals with allergies or disabilities.

“Side note: If you have a dietary restriction or an allergy make sure you put that before because we don’t have a full working kitchen.

“Meals are prepared before they come on the flight by a cafeteria.

We've done the leg work for you and searched out some of the best holiday deals for 2022 – check out our top picks below.

It seems that the order in which you get your food is decided by the number of the flight.

Kat explained: “If you made a special request beforehand we always deliver that first and then depending on the flight number we either take everyones orders from back to front or front to back and distribute the food. “

She added that the direction is: “Depending on if the flight number is odd or even.”

You Should Do This "Only If Necessary" Amid COVID, Experts Warn

Romantic Cruise Deals for Less Than $100 a Night 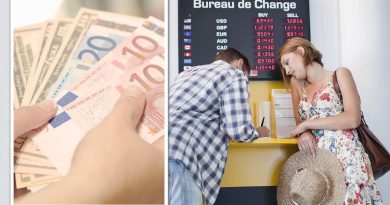