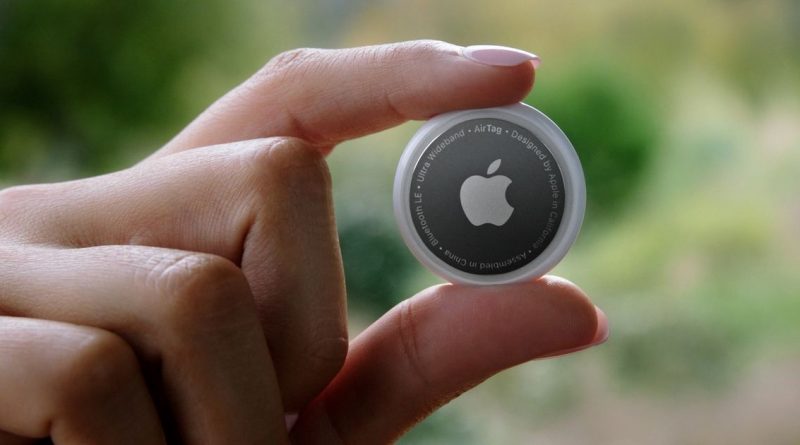 We all know that we have to follow the rules when it comes to luggage at the airport.

Whether that’s keeping your liquids under 100ml to only packing certain foods or staying under the weight limit.

But, it seems that one little-known restriction could see you being blocked from boarding or having your bags removed from the flight.

And, it’s all because of a high-tech solution people are using to keep track of their bags.

During the summer, issues with baggage reclaim meant that mountains of suitcases were seen piled up in arrival halls.

Some Brits report waiting weeks to get their possessions back after a holiday,

As a result many people have turned to smart devices such as the Apple AirTag, which you can place in your bag to track its location.

However, devices of this nature could actually mean your bag isn't allowed on the flight.

That's because under the current regulations, lithium batteries contained in the portable electronic devices, such as locating devices, should be taken as carry-on baggage.

Airlines including easyJet, TUI, Ryanair and more have differing policies about smart luggage that Brits are being urged to check before they fly.

Earlier this week, airline Lufthansa warned that it was "banning activated AirTags from luggage as they are classified as dangerous and need to be turned off".

The post prompted a furious response and then a quick about turn from the German carrier.

A spokesperson for Lufthansa told Daily Star: "The German Aviation Authorities (Luftfahrtbundesamt) confirmed today, that they share our risk assessment, that tracking devices with very low battery and transmission power in checked luggage do not pose a safety risk. With that these devices are allowed on Lufthansa flights."

Heathrow Airport and the UK Department of Transport denied being responsible for setting the rules, while a spokesperson for the CAA said it just enforces ICAO Technical Instructions.

Bags with location devices inside are only allowed in the hold if steps have been taken to make sure they don't turn on accidentally and that they are protected enough so they won't be accidentally damaged.

The devices must also be switched off completely "not in sleep or hibernation mode".

That final rule means that AirTags and other locating devices are effectively banned from being checked-in on all commercial flights in the UK, as they don't work without being turned on.

Lithium batteries can cause issues on planes as they have potential to short circuit, sparking very hot fires that cannot be extinguished.

It is for this reason that aviation authorities also have strict rules around smart bags, which have charging banks and locks powered by batteries.

Recently would-be traveller Pandora Sykes claimed she was not allowed to board an easyJet flight with her smart bag.

They said: "Beware anyone being so foolish to fly easyJet – captain just refused to let us board our flights because our checked-in suitcases have USB ports (aka “smart bags”).

"EasyJet quietly changed their Ts&Cs a few weeks ago without telling their customers."

The most spectacular private islands that hit the market in 2018

Everything you need to know about Air Passenger Duty