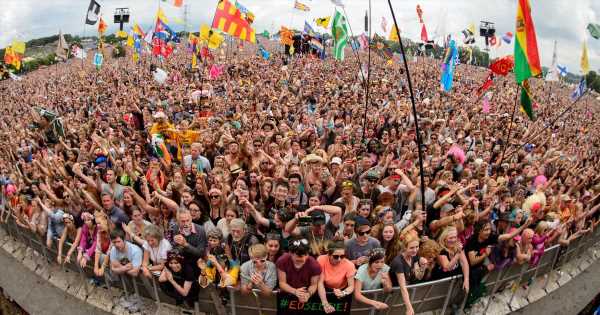 Bringing bottles of warm Pimms, freezing vodka and ditching tins of lager are among the advice for people looking to have a drink at festivals this summer.

With the unofficial start of the festival season less than a week away in the form of Glastonbury, working out how best to have an alfresco-tipple is key.

There are many, many considerations one must make when deciding how to get louche.

A classic and potentially headline set ruining mistake first-time festival-goers or the returning yet overly optimistic reveller is prone to make is drinking beer.

While a cardboard tray of cool pints from one of the kiosks may seem like a good idea at the time, it won't once you're stuck in the middle of a rapturous crowd, thousands of crammed people away from the nearest porta-potty.

Don't be lured into 24 can deals either, there is no bargain which makes a tin of Fosters warmed over the course of four days in a tent and poured over a stifling hangover worth it.

Here are some of the best kinds of alcohol to drink this summer by Milo Boyd from the Mirror.

If you're thinking of a chilled jug of fruity alcohol, a drop of condensation sliding down its side, then lower your expectations.

Bringing ice too a festival is a nightmare for all but the most prepared of campers.

Instead, buy a one litre bottle of lemonade, dump out a third and replace it with Pimm's or a similar off-brand version, and then cram in as much fruit and mint as possible.

This is one of the few drinks which not only tastes delicious when hot, but produces the curious sensation of being more alcoholic after several days of the fruit stewing. As every English person knows, sometimes it's okay to pass over a delicious, refreshing glass of beer for a thick, almost room temperature pint of ale.

According to Cask Marque, English ale is best served between 10C and 14C.

Although this cool a temperature may be difficult to achieve at Glastonbury in the unlikely event the current hot spell holds, a tin of ale kept in the shade is by far the best festival alcohol prospect.

A bag of wine

This tip only applies for the festival goer with a more refined pallet.

White and rose wine – while clearly tasting much better than red in a normal setting – will turn to liquid ash in your mouth if drunk hot.

The best alternative is to buy a box of juicy French red from a supermarket, cut off the cardboard and blast it directly into your mouth without thinking too much about it.

Alternatively, use a camel-back rucksack to store and then easily deploy via the nozzle wine or other forms of long, juicy alcohol. Those who are forward thinking enough could bring a thermos flask filled with frozen juice and spirit mix.

A good way to keep alcohol cool is to bring a silver foil similar to those used to cover marathon runners at the end of a race, and laying it over your alcohol store to keep the rays away.

This is effective and much lighter than a cool box filled with ice, which will inevitably melt and become a burden.

Don't bring glass bottles to festivals as they'll likely be thrown out by security or will end up hurting a cow of sheep someway down the line.

Always drink responsibly. The NHS recommends drinking no more than 14 units of alcohol per week. If you're worried about your alcohol consumption contact your GP or visit drinkaware.co.uk for resources.