Everyone in the dating game has had that "awkward" first date before – whether you just don't get on with each other or they look nothing like their photo.

But not many people have to share a flight back home with an incompatible match before, but that's exactly what happened to TikTok user Pheobe.

The woman, from Manchester, claims she went on a short trip to Greece with a guy she’d recently met on the dating app, Hinge.

She said: "So earlier on in the year, I went on a first date with a guy off Hinge. It was literally our first date, we met at the airport, and we went to Greece for a few days.

“Why not? We’re young and free. We didn’t live anywhere near each other, so we knew it wasn’t going to be a boyfriend, girlfriend thing. "

In the video, which has gained over 7,000 likes, known as @pheobeaww, explained that things seemed to be going well at first as they headed to bars and had a laugh together.

“And in the evenings we just went out. I didn’t want to go on a super romantic holiday because he’s literally a stranger, but we went to some bars and it was really fun.

However, the holiday started to go downhill on day 3, when he started flirting with another girl by the pool – and she was convinced the pair slept together.

She said: "He’s flirted with this girl at the pool, and I was getting a bit miffed so I went to the beach on my own. I sat there and read a book and I got myself a cocktail."

By the end of their trip, the two weren’t on speaking terms and even blocked each other when they got home.

Describing the final moments of the trip, she said: "I just thought, ‘last night, I’m going to enjoy my evening,’ and I had a lovely time.

"But on the flight home, we literally didn’t speak the whole flight.

To get more of the latest news from Daily Star delivered straight to your inbox sign up to one of our free newsletters here.

"I’m 90% sure he slept with the girl from the pool that night and we blocked each other. So don’t do it.”

TikTok users were stunned by the first date story as one user wrote: “Ha that’s a crazy story but spontaneous.”

Another added: “Most people just go for a drink first date.” 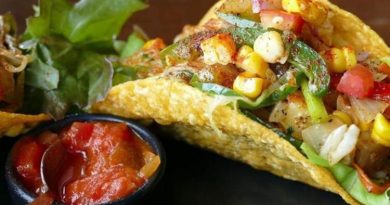