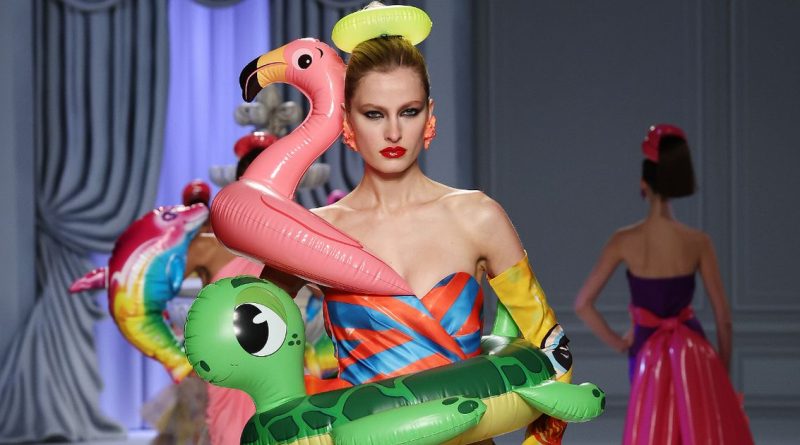 Budget airline Ryanair left customers ‘crying’ with laughter after making a joke at what some have labelled a ‘bizarre’ catwalk dress.

The dress, created by renowned designer Moschino, was shared on social media earlier this week.

The unique ball gown appears to be crafted using inflatable pool toys, including three-ring toys blown up and wrapped around the model's slender figure.

READ MORE: Primark fans 'run' to get viral fluffy leggings that are the 'best' for winter

They also styled the model with full-length gloves, which appeared to be made from the same material.

The photo was originally shared by Vogue France on Twitter after it appeared at Milan Fashion Week.

The fashion publication captured the post: “What if we took a dip? © Moschino/GoRunway Parade”.

To which Ryanair quoted the Tweet, stating: “It’s giving no checked bags."

The witty remark has received thousands of likes, with fans taking the opportunity to jokingly nudge back at the airline.

One person responded: “When the checked bag costs more than the ticket."

Another joked: “This isn't fashion. This is every parent taking small kids to the beach.”

“Rife with inflation” a third mused.

Others simply responded with an array of laughing and crying emojis.

The dress in question wasn’t the only pool-themed garment to walk the catwalk that night. In the back of the image, a woman can be seen walking with a train made from lilos.

Another model appeared to be wearing inflatables on her arms.

This Is the Most Iconic House in Every State

Texts that led to MH17 breakthrough

Millions could miss holidays due to passport expiry